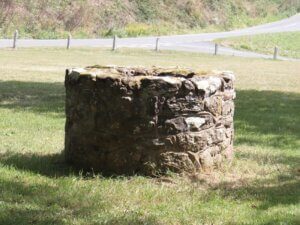 Why does the image of a be’er, a well, appear throughout the Yitzchak narrative? The interpretation and symbolism of the be’er imagery infuses  the “living waters” of the mikveh with new meaning, which women can draw from today.

The be’er first appears in Bereshit 24. After the akedah experience and the tragic passing of his mother Sarah, Yitzchak must have felt drained and broken. Perhaps this explains his passivity in finding his match. How then did Yitzchak find strength and resilience?

In the first scene, Yitzchak is not present but his representative, Eliezer, has come to Aram Nahariyim to find Yitzchak a wife. Eliezer stops at the “be’er ha-mayim,” where the women draw water and where Eliezer prays to God for guidance, and finds Rivka. The midrash points out that the well is the meeting place of various biblical couples, representing potential for new life and hopefulness, for intimate connection.

Next, when Rivka travels to Abraham’s home she encounters Yitzchak who had just returned from a place called “Be’er Le-chai Ro’i.” This is also where previously Hagar had gone with Ishmael when they were banished and where Hagar prayed to God for protection. Noting this, the midrash teaches that Yitzchak was there to bring back Hagar (aka Ketura) to Abraham after Sarah’s death. Here too, the well represents matchmaking and renewal, healing and resilience.

Wells appear again later, in this week’s parsha (Bereshit 26), when Yitzchak re-digs the wells of Abraham which had been stopped up by the Philistines. The Sefat Emet interprets these wells as representing a life-force and spiritual sustenance which the avot brought to the world. So Yitzchak, having restored himself, then had the ability to provide inspiration for others.

These examples of the “be’er” in Yitzchak’s story also bring to mind the be’er of Miriam, which the midrash teaches sustained Bnei Yisrael in the desert for 40 years. Some believed that Miriam’s well appeared in the world on motzei Shabbat and would provide healing to those who drank from it. Again, the be’er is associated with recharging, renewal and healing.

The Song of Songs (4:15), the ultimate love song between the Jewish people and God, makes this connection explicit in its reference to a be’er:

“[You are] a garden spring,

Rashi comments that this allegory refers to and praises “the immersions (tevillot) of the daughters of Israel.” A loving relationship needs strengthening and refreshing, like the waters of the well.

The be’er — of Miriam, in Song of Songs and in the Yitzchak narrative — represents life-force, spiritual strength and renewed intimacy. This provides a model for us to find our own metaphoric “wells,” sources of renewed energy and strength. The time of immersing in the “living waters” of the mikveh is also an opportunity to take a moment and focus on what needs strengthening and refreshing, wherever it is needed in our lives and relationships today.

About the Author: Karen Miller Jackson

Karen Miller Jackson is a Jewish educator living in Ra'anana, Israel. She studies in The Morot Halakha program, teaches at Matan HaSharon, and is a board member of Kolech - Religious Women's Forum. Karen runs Kivun L'sherut, a guidance program for girls before sherut leumi/army service.