To Touch the Darkness

To Touch the Darkness

The Eden Center is focusing its work this year on ‘Immersion in Inclusion’; educating and sensitizing mikveh attendants and the general community to the challenges and solutions of women with disabilities at the mikveh.

This blog is the first in a series, focusing on the lack of sight.  What is the experience like for the visually impaired? When you take off your glasses or lenses do you too feel impaired and how does that affect your experience?  What accommodations need to be made? What are the halakhic requirements of ‘iyun’ without one’s sense of sight? Do you want to close your eyes when you immerse– what spiritual benefits can be gained when we discount the visual experience?  What should mikveh attendants know about supporting the blind and visually impaired?  We would love to hear your feedback and personal stories. 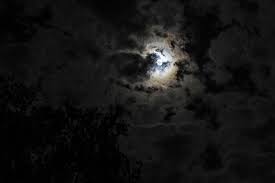 in the mikveh on Friday night. I love working in the mikveh on Friday night and holiday evenings. It is the time where I feel the quiet spirituality of the day descend on the waters of the mikveh. There is a tranquility to the hour and the lack of cell phones, buzzers and the hectic bustle of the regular weekdays adds to the atmosphere. In addition, women always come at the same time in order to get in and out and back to synagogue or families as soon as possible and the wishes of ‘Shabbat Shalom’ or ‘Chag Sameach’ reverberate in the air and contribute to an overall feeling of communal well-being.

But things always seem to happen on Friday nights. Whether the boiler breaks and the water is unheated on a snowy Shabbat, or women come having forgotten to remove chipped nail polish and questions about the laws of Shabbat need to be considered. This Friday night was no exception. When I crossed the street and went up the little path to the mikveh’s doors, three women were waiting in the dark. This was already odd because the mikveh has an outdoor light that illuminates the doorway. Upon opening the door, I discovered the lights had not gone on and while lights were flashing on the washing machine and dryer, the rest of the mikveh was pitch black except for the waning twilight that entered through the front door and from a very few windows in the front of the mikveh.

We got to work quickly. There was no need for a mikveh attendant because I would not be able to see the place at which the women entered the water. Each woman would go in and immerse at least one immersion. There were however, safety issues. I put towels down on the floor to prevent slipping and sent up a silent prayer that no one hurt themselves. While highly unlikely, I was concerned for slipping in the water of the mikveh or a possible head injury causing a woman to go under.  I was prepared, as a former lifeguard, to simply jump in if necessary, fully clothed!

The first three women quickly undressed and immersed one at a time. One door opened and the another door closed. I instructed any woman who asked to simply put their hand on their head to make sure all their hair had gone under. Most women did not ask. More women kept coming. We have five rooms. They were all full. Because of the darkness, I asked everyone their names, something I do not usually do in order to respect privacy but I could not see them and so could not recognize or call them based on the usual identifying factors. And in fact, hearing their voices when calling their names created a camaraderie between all of us. It was as if, in darkness, we could all just be, without the usual boundaries we put up in the light.

I asked all the women to exit their rooms through the front corridor rather than the back corridor because the front door was open and still brought in some light from the outside. The white towels glowed in the darkness and allowed me to see them coming towards me.

As it got darker, I literally guided women into the mikveh and directed them to the railing. I was able to use my familiarity with the space to act as their “eyes” but the experience kept me off balance. It made me think of blindness and how limited we are without eyes, but also how we can “see” in a totally different way. My sense of hearing intensified as did my ability to sense the edge of the desk and the doorpost of the room without actually seeing them. At a certain point, I actually hoped the lights would not come back on. I had gotten used to the darkness and had begun to feel comfortable in it.

More women kept coming. As women left to go up to synagogue they laughingly hoped that they had put their clothing on right side up. One woman could not see enough to remove her loose anklet and bracelet and I told her to just go in. Another woman was in the water for so long that I began to panic but in fact, she was enjoying the darkness and the water more than her usual immersions. In all, ten women came and immersed. No one fell. No one panicked. It was a community of women helping one another. The ten women left. I went door to door just to make sure I was not leaving anyone behind. I stepped outside. The street lights hurt my eyes. I thought a little longingly of the cocoon I had just left, shook my head and went up to shul.