“There was nothing wrong with me”

“There was nothing wrong with me” 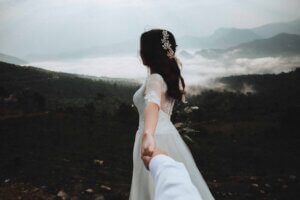 I got engaged 14 years ago. From our first date to the wedding day was only 3 months. While I carry shame for all the mistakes I made along the way, I also am now able to question the role others played in my journey.

When I was engaged, it became very clear to me how much I feared sex. I had never touched a man, and as far as I knew, I had no sex drive. I was so scared that I  wanted to call off the engagement. My therapist told me that she would speak to my chatan’s rebbe and chatan teacher, and explain to him that I was unusually scared about sex, and that I would need time until I was ready. She told me she would tell the teacher to tell my chatan that he should be patient and not to expect anything the first night. I was told by my therapist that the teacher got the message, and would give this over to my chatan… so I relaxed. No pressure.

My chatan was a baal teshuva within the Haredei world. He was doing whatever his rabbis told him, and his rabbis were Chasidic.  I was not, but I was marrying into a Haredei community so I didn’t get a heter for birth control, and I was told not to talk about anything to do with sex before the wedding. And of course, we were 100% shomer negiah; which was no problem for me, because I didn’t feel pulled to him or tested in any way. Please don’t ask why I married him! The only answer I can come up with is, “That’s what Hashem wanted”.

We had a beautiful wedding, but when we got to the hotel my now husband made it clear he wanted to have sex. And I was absolutely adamant it wasn’t going to happen. He didn’t understand. So I asked him “Didn’t your rabbi talk to you about this? Didn’t you get the message?” He said no. And I replied, “Well, that is too bad because nothing is happening….” We went to bed.

We later found out the rabbi didn’t tell him anything because he didn’t want to scare him away from marriage, and he just assumed my issues were “normal kallah nerves.”

On the last night of sheva brachot, my husband got me on the phone with his rabbi, who basically told me to “consummate the marriage”. That night was, in my opinion, rape. He had my verbal consent and my body but not my soul or desire. I felt a lot of pain when he was trying to come inside of me. Afterward he fell asleep, and I cried in the bathroom for hours, sitting in a bathtub with the door locked. The next morning, I woke up in a large patch of blood, and we didn’t talk about anything that had happened the night before.

Within a month of being married, I fell pregnant and got mono. I felt overwhelmed. Sex, from the very beginning, was complicated because I wasn’t attracted to my husband, but I didn’t know that. Every time we were together it was very painful. Sex for me was about hoping not to hurt – forget about pleasure!

At my first baby’s birth, I tore very badly, and had a terrible recovery with so much scar tissue from many stitches – it was all traumatic. I hated my vagina. It just caused me anguish in every area of life.

By my first anniversary, I had a baby and an established bad marriage. When I was supposed to go to the mikveh after the birth, I started bleeding right before I left the house. I was told to go to a bodeket, but when she tried to check me internally, I screamed in pain. She said I had to see a doctor and sent me to someone that she called “the best.” This man looked like he was in his 90’s. He diagnosed me with vaginismus, and told me what medications and creams to use. As soon as I got the diagnosis, I started reading up about it and it didn’t seem right. People with vaginismus couldn’t use tampons, and I could. They couldn’t do bedikot, and often couldn’t even get pregnant because there was no actual penetration. I didn’t have a problem with any of that. It didn’t seem like it made sense, but he was the expert – right? After many months of treatment, the pain during and after sex wasn’t any better. I found another doctor, and he said he thought it was vulvodynia, something I had never heard of. He gave me a long list of treatments, and I did whatever he told me to do. I don’t remember exactly but it involved medicines, creams, exercises, and pelvic floor physical therapy. Meanwhile, sex still hurt, and my relationship was getting worse and worse.

I went to a third doctor who told me I had vestibulitis and gave me a tiny little tube of very expensive medicine. He also gave me exercises, lists of things I could not eat and pages and pages of instructions on how to heal. Then he said, “and if it doesn’t work, don’t worry, you can always have surgery.”

Obviously, I tried all of it. I was so sure that if sex got better, my marriage would get better. Even though there were so many other issues we were dealing with. We were always in therapy, but ironically, the bedroom never came up in conversation.

Time passed, but nothing got better. Eventually, when my second child was 7 months old and my oldest was 3.5, my husband and I divorced.

During my years as a single mom, I often wondered if before getting remarried I would have to tell a potential partner that I had sexual issues.  I did a lot of therapy, and concluded that there was nothing wrong with me, and my issues were simply that I was not attracted to my ex-husband. I had not loved him or wanted to be with him. With the right person, there wouldn’t be any issues and therefore I didn’t have to tell a potential husband about any of it, if I didn’t want to.

A few years passed without any sexual activity. I read and studied and learnt, mainly about the female body and sexuality. I also explored the Torah perspective on pleasure and sexuality. Finally I had a healthier perspective, and real knowledge and hashkafa on the topic. When I started dating my now husband, I didn’t say a word at first.  We eventually began to speak about sex, and I knew very clearly that we were attracted to one another. Eventually, I shared my journey with him, and explained that I really believed my issues were only about not wanting to be with my ex. I had the most amazing kallah classes with a very special woman and friend. On our wedding night, a year after meeting, we had the most magical night. No issues!

I can now tell you, there is nothing wrong with me physically. I am healthy, I know what an orgasm is, and my husband and I have mutually enjoyable and beautiful sex. I understand healthy pleasure. We are very much in love and attracted to each other.

I only wish that someone along the way – from my kallah teacher, to the many doctors and physical therapists – had asked me about my emotional relationship and listened to the whole picture about our relationship. No one ever asked me “Are you attracted to your husband?” Though I’m not sure I would have been brave enough to say “NO,” it’s hard to have sex with someone when you are not pulled toward them. Only get married if you are attracted to your husband (I was not), and don’t let the frum world tell you, “It comes later”.  If you think the block is because of issues that can be fixed (weight, too much hair, hygiene) then it is your DUTY to work on fixing those issues, and work on being open to your husband. But if that’s not the case, you shouldn’t suffer!

Women with vaginismus, vulvodynia or vestibulitis need help for the physical problems. But so do women who have suffered abuse, sexual trauma, or are simply sexually incompatible.  All kallot who are feeling pain should be encouraged to fully explore the source. They should be told not to keep it to themselves and not to be ashamed or embarrassed, whatever the back story is.

Wishing everyone pleasurable and fun sex, because if you learn Torah from the right people and in the right way, you know that honestly … giving and getting pleasure is really what it’s all about!

About the Author: Anonymous