Coming Back to the Mikveh

Coming Back to the Mikveh 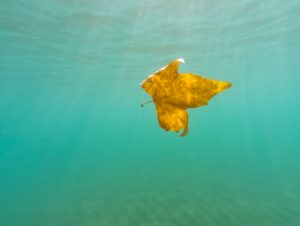 When my husband and I felt our family was complete I chose a birth control that would accommodate that decision. I had the Mirena IUD placed and was thrilled when, as I knew might happen, my periods ceased. An added bonus! As a religious woman, this new phenomenon not only meant no more monthly cycle, it also abruptly ended a sacred ritual I had practiced and cherished for close to two decades – regular immersion in the mikveh. In fact the Mirena was life changing for me given that, like so many woman, much of my routine revolved around my monthly cycle, separating from my husband, counting seven clean days, addressing questions when things were unclear and preparing for and using the mikveh. While at first I did not really miss any part of this process, my memories of mikveh became distant and that distance left me feeling a little sad. There were aspects that had enriched my spirituality and connection to Judaism. There’s a reason we laud the mitzvah of mikveh. When it slips out from our lives we should feel some small sense of loss.

Around the same that I stopped using the mikveh, a long awaited mikveh was built not far from my home. This became the joke of the neighborhood since, just when a mikveh had finally opened on our doorstep, more and more of us Mirena users no longer had any use for it. Oh well, we thought, at least they’ll be a mikveh when our daughters come to visit. We were so done with that. In fact, I had never set foot inside this new mikveh and assumed I never would.

But the real “joke” was that, after years of walking to far off mikvaot on Friday night, women celebrated at finally having a local mikveh – except for one issue –  the mikveh lady of our new neighborhood mikveh did not live in our neighborhood. She actually lived in another city. This logistical issue meant that the mikveh would be open on all nights, except Friday.

After several months of the mikveh doors being shut on Shabbat and chag, a number of women stepped up and volunteered to rotate as the mikveh attendant on Friday nights. They received  training from the local chief rabbi and balanit. But due to the high traffic, the women asked that a call go our for more volunteers. I signed up.

Here was an opportunity to reintroduce mikveh into my life, this time not as a the one immersing but as the so-called mikveh attendant. I say so-called because our role is rather limited. In our training it was made clear that we are not there to check anyone or anything. Our main responsibility is to ensure total immersion in the mikvah waters. In addition to that, the most important point stressed was the job of the balanit  to make the mikveh experience positive for every woman using it. Receiving a woman with a warm smile from the moment she enters, being helpful and understanding, sensitive and non-judgmental are the keys to the mikveh experience. That underlying point was so critical that all else was presented as almost secondary.

Several years later I can say that the decision to volunteer has been extremely rewarding. It is due to the volunteers that women are using the mikveh Friday night and there is a great sense of pride and privilege in being a part of that. In addition, the perspective of sharing a woman’s most intimate moment with herself and with G-d can be even more spiritual than when you are the one immersing. I have been privy to outbursts of emotion as women enter the mikveh waters or recite the blessing. Some take an extra moment, what I feel is a sacred moment, to fully experience the mikveh waters, and I stand discreetly, honored to witness the pure holiness of it, praying silently that their prayers, whatever they may be, be answered.

The women themselves are incredibly grateful for they know that without the volunteers the doors would be shut. My fellow volunteers are special women who take their job seriously with dignity and grace.

And so I am back at the mikveh.