Reclaiming the Mikveh After Divorce

Reclaiming the Mikveh After Divorce 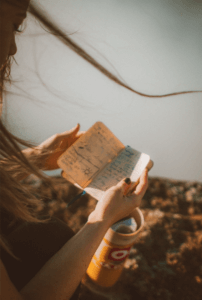 I first started going to the mikveh when I got married at the age of thirty six. I went right before my wedding day, quite the emotional experience, especially considering all those years of pent-up expectations that finally found expression as I stood on the stairs leading to the water.

Throughout the following months, I performed the moves as my kallah teacher had instructed me: insert, check, count, groom thoroughly. Insert, check, count, groom thoroughly – “as if you’re going to the most important interview”, she once told me. It was a regimented choreography that I found dry, somewhat stressful, but there was a certain privilege to it: I had made it to marriage, where having my period was a value of sorts. I had been menstruating mindlessly since I was eleven years old – twenty five years –without paying it much attention, yet suddenly, my period became the center of my world for two weeks out of the month. Menstruating in the context of marriage meant a time for renewal, an opportunity to develop one’s marriage, and a necessary element to eventually grow one’s family.

Yet, each month, I wondered whether the mikveh water would wash away the growing tension in our tumultuous marriage. There was a weird dynamic between us from very early on, but I couldn’t pinpoint what was actually wrong. I just knew something was off, and hoped that the mikveh would help us recalibrate.

As time went on, I started to get the hang of the shiva’ah neki’im, but mikveh night remained awkward – plain and simple. It wasn’t that sex was new to us; we had been physically intimate before we married. We were both in our mid-thirties and felt it was natural to have that expression of our love (lust?) for one another. It was always natural, raw, and enjoyable.

However, the incorporation of taharat haMishpacha introduced a strange dynamic in our relationship. Maybe it was the built-up anticipation, the defined time that gave us the green light to be physical when we never previously had those confines. Perhaps it was the preconceived notions I had created from years of hearing  and observing the discourse in the frum community about the power behind the mikveh, as if it was the antidote for marital issues. Maybe it was the fact that I had spent the week preparing and preening myself while he sat on his computer watching sports.

I’d come home, hair still wet. I felt an air of artificiality in the house. We both knew what coming home with wet hair meant, but we didn’t exactly know how or if or when to proceed. We were used to it being organic and natural, not staged.

Those nights, everything was supposed to be good and romantic, but I sensed tension brewing between us. Our marriage was crumbling, but it was mikveh night, so we ignored the uneasiness and did what we did best: invoked the physical, without cultivating the emotional intimacy that the relationship actually needed.

Looking back, I think both of us were hoping that mikveh night would magically open the gates to bring us closer and dilute that hostility without actually having to communicate more substantially beyond the physical. Time after time, I felt that coming back from the mikveh created an artificial desire. I knew I should’ve felt something exciting and positive, but it just wasn’t there. At least not for me.

I began to think about my kallah teacher and opened my notebook to reference my notes from kallah classes. We had gone over the dry halakhot – how and when to check, how to dip, but never discussed what to do that night if you’re simply not “in the mood”.  I recalled that she once recommended drinking some wine to relax if I ever felt stressed that night. (A few friends had told me that their kallah teachers had suggested the same.) But what if, month after month, you realize that you don’t actually want to be with your husband after the mikveh? If you find yourself wanting to postpone your immersion? I knew intellectually that one shouldn’t postpone doing a mitzvah but this mitzvah was the precursor to the most intimate act with a person that I desired less and less the more I got to know him.

My thoughts were dizzying. I felt stressed and embarrassed. He became demanding, frustrated, and talked to me in a way that could have easily been deemed as emotional and mental abuse. Our marriage ended after a short time.

Needless to say, my associations with the mikveh are very much tied to my now ex-husband, and they are unpleasant to say the least. Can it be, that for women, the mikveh is exclusively about sex? Why is it not associated with sexuality for men? Is there a place for it to be a personally meaningful and purifying experience for oneself, detached from the man in our lives?

There must be room for redemption.

Despite my disappointment, I so wish to believe that in those waters, there is beauty and meaning and potential for repair. I don’t want to give up on it, as temporary as my hiatus from married life may or may not be.

It is now a few months after my divorce. I crave renewal, a replenishing of spirit. I wish to reclaim the experience for myself without it being tied to “him”. Moreover, I feel that I need to immerse in a state of neutrality, one that is devoid of being associated with any one man – whether he is my ex or my future husband. I want to embrace the mikveh as mine, no strings attached. At least not for now.

And so I pray that I will succeed in cleansing from the defilement I still feel, that the waters will wash away those negative memories that plague me and will remove the resentment. I want the waters of purity to bring me close, once again, to God, and bring peace and tranquility to myself and my family.

I want to want the mikveh again. On my own terms.