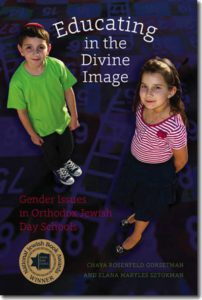 Of all the ways in which Moses could have been described in the Torah, the quality for which he was most revered was called “modesty”.  This value of “modesty” seems to be related to a gentleness of demeanor vis a vis the other, as in taking care not to impose one’s gaze on another Jew through his or her private window or door.

It is perhaps a type of submissiveness in which one rejects an artificial sense of self-importance and fully accepts the notion that all people are equal creatures of God, equal in worth before the Divine will. It is an internal equanimity, a spiritual appreciation of one’s minor place in the universe, an understanding that one does not see himself or herself as inherently better than the other. Only God can judge people; all that we humans can do is accept one another and continuously strive to make ourselves better. As Rabbi Saul Berman wrote,[1] living in accordance with the values of modesty – “tzniut” –  requires us to recognize an authority greater than ourselves, to respect each other, and to integrate an awareness of the presence of God in our lives. By valuing modesty, he argues, we incorporate a measure of holiness into our selves.

Yet, the concept of “modesty” as it is often promulgated has lost its essential meaning and been crudely twisted, manipulated and misused. What once referred to a spiritual demeanor, an internal, personal quest for growth, a framework for building kind and compassionate relationships among people in which no one person claims a high and mighty stance among her or his peers, has evolved into something else entirely. Today, when rabbis talk about modesty or “tzniut”, there is only one issue they have in mind: women’s bodies.

The misuse of this vital concept is not only unhealthy for women, who have become the objects of an almost obsessive religious gaze, but it is also terribly harmful to the religious Jewish community. The gaze on the female body has deprived the religious world of the discourse around the true meaning of modesty, a profound spiritual loss which threatens the very essence of religious practice.

Instead of talking about modesty as spirituality and character, we end up hearing about the lengths of women’s skirts and sleeves.  All around the Orthodox Jewish world, religiousness has become synonymous with women’s dress. The length of the skirt, sleeve or neckline is used like a measuring stick of religious identity – the more skin is covered, the more “religious” the girls (and their surrounding communities) are believed to be.  In fact, it is taken quite literally in some cases: one Jewish community recently came out with an actual “Tzniut Ruler”, to be used by girls measuring their skirts around their knees….

In day schools, this overemphasis on modesty-as-skirts is part of a hidden curriculum around educating for sexuality. In fact, we would argue that the language of “modesty” becomes a vehicle for sex education. Schools may or may not be aware of all the messages that are implied and sometimes stated outright about sexuality in the context of commenting on girls’ bodies. Yet, even schools that do not officially offer sex education classes, or that address the subject primarily in the context of a pre-marriage review of Jewish law, have an often hidden curriculum about sexuality and intimate-relationship building that demands exploration.