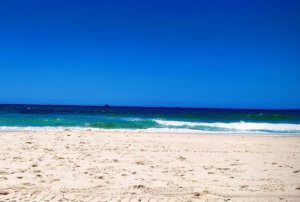 This is my crazy mikveh story during the time of Corona…

We were informed on a Saturday night that my four year old daughter’s ganenet tested positive for Covid-19.  My daughter would therefore need to enter bidud (quarantine).  According to the guidelines a parent is required to enter bidud with a child of that age.  Due to my husband’s work situation we felt the ideal way to handle this would be for me to enter bidud with my 4 year old and he would work as usual while looking after the rest of the children.  The plan was great all but for one issue… I needed to go to the mikveh the next night.

Being that my daughter sleeps in a room by herself we knew we could leave her sleeping while reaching out to the relevant rabbinic authorities about how to deal with my situation.

In the morning I told my daughter that she was officially in bidud and not allowed to leave her room.   She was happy to be playing and we knew that we were following the rules of the Ministry of Health.

I did not want to push off going to the mikveh.  It was a very unsettling feeling for me knowing that it was my mikveh time but there was a possibility that I could not go.  I had ten days of bidud ahead of me and even though my husband and I were going to be separated by bidud I wanted to go to the mikveh and change my status to Tehorah.  You just never know what can transpire over the course of ten days.  There could be unexpected bleeding.  Another child could require bidud thereby further prolonging my ability to go to the mikveh.  Who knows what else.

In short, I did not feel right with this hanging over my head and knew I had to find a way to go to the mikveh.  While I could not leave a 4-year-old alone all day until the appropriate time to use the mikveh I was also very concerned that if I was exposed in any way whatsoever to the virus I could G-d forbid spread that on at the mikveh.

I needed a plan.  I wanted to see if perhaps I could use the mikveh early on Sunday so that I could be Tehorah and then join my daughter in bidud without leaving her alone in her room for too long.  The first thing I did was call the city mikveh to see if I could immerse in the day.  It took a few phone calls back and forth, but the resulting response was that I should use the mikveh at the regular time Sunday night, even if I had put myself into “voluntary” bidud. I was not willing to accept this as an answer.  I could not fathom leaving my daughter alone for an entire day and I knew that once I joined her in bidud I was not going to leave until completing the full ten days as I take the matter very seriously.

My next step was to contact the Eden Center.  I knew that they were very well informed on how to prevent the spread of Coronavirus in the mikvaot and would be especially sympathetic to my situation. They were extremely helpful and completely understood my concerns as a mother who did not want to leave her daughter alone, as a halachic woman who wanted to fulfill the mitzvah of mikveh, and as a dutiful citizen who did not want to harm anyone unintentionally by using a public mikveh.  They halakhically advised me to go to the mikveh during the day by going to the beach and immersing in the ocean instead of using a public mikveh, making sure not to see my husband before nightfall.  I would be back for my daughter in a short time and there would be no halachic issues with going during the day since I would go straight into bidud and be separated from my husband.  I was shocked at first but she patiently talked me through how it was done step by step.  I was quite relieved when she told me that you immerse clothed!  I thought to myself that although this was unusual this was really the best solution.  However, I realized there was one small problem I did not yet consider – having an escort with me to ensure that I was completely immersed in the water.  I could not ask a friend to accompany me because if my daughter or I were exposed to the virus I could not risk exposing anyone else.  At that point she asked if I had any daughters over bat-mitzvah age at home, which I do.

Next thing I know I was in the car with my 14-year-old daughter giving her a crash course on the halachot of mikveh and its importance, while on our way to the beach.  Truthfully, this happened to be a beautiful bonding moment.  I emphasized to her how out of the ordinary this whole situation was and how married women are not meant to go to the mikveh during the daytime, but these were unusual circumstances that called for unusual measures.

We arrived at the beach and headed straight to the women’s-only area which my daughter knew was open that day.  I was worried that there would be black flags at the beach preventing me from getting deep enough into the water to immerse and naturally it also happened to be jellyfish season. It was my lucky day, and I had no issues.  I immersed and my daughter gave me the thumbs up sign from the shore…. I was Tehora!  When I got back home my four-year-old daughter was happy and smiling and thus began our ten-day bidud extravaganza together.

About the Author: Tzippy Smilovitz

Tzippy Smilovitz is a kallah teacher and makeup artist who lives in Modiin, Israel