Mikveh After Mastectomy– Lessons Learned as a BRCA Gene Mutant

Mikveh After Mastectomy– Lessons Learned as a BRCA Gene Mutant 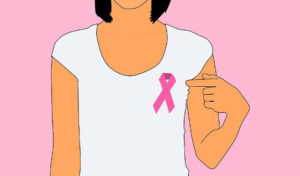 This blog originally appeared in 2016. We are posting it again in celebration of the launch of our new resource guide “Hope and Healing: A Guide to Mikveh for Women with a BRCA diagnosis or breast cancer .” For copies of the guide write to info@theEdenCenter.com

Several years ago, I underwent a preventative double mastectomy, at a relatively young age. Besides the many emotional and physical preparations, I also understood, as someone who keeps Taharat Hamishpacha that the mikveh would be a sensitive experience where I would need extra care prior to, and following, my surgeries. I share my experience with the hope that other women will know how to request, and the mikveh attendants will better understand and provide, the sensitivities required.

What a disaster –At my final pre-surgery visit the mikveh attendant was not as sensitive as I would have liked ( to say it kindly!)  I was emotional and when I shared with her what I was about to undergo, she was completely unsupportive. “Why would you want to do that to yourself? You’re still young!” the mikveh attendant exclaimed. Let’s see. Because I have about a 99% chance of getting breast cancer? Because I’ve watched friends who ‘caught it early’ die and leave their children without a mother? I left the mikveh feeling angry and hurt.

Luckily, I learned from my first trauma.

After the surgery, which went mostly well, I decided to choose my own mikveh attendant. I have a  friend who works as an attendant in my town and she is an especially sensitive woman, so I asked her to please accompany me when I would be able to go immerse.  I was not willing to risk that my return to the mikveh be anything like my previous experience.

I had thought I might have to go into the mikveh with surgical drains and that could be a halakhic problem, but I found out rather quickly that Halacha was not going to be my barrier, but rather medicine. I could not tovel (immerse)  because I could not go into a “swimming pool” due to risk of infection. This was very difficult. I was having a difficult emotional time with my new body, and my husband couldn’t be as supportive as he would have liked due to my ongoing niddah status. Eventually my sensitive and wise friend, the balanit, asked if having me be the first in the mikveh, after it was cleaned and chlorinated, would help. My surgeon gave his approval. What a great, creative solution I would never have thought of on my own! The experience was transformative for me.

As a BRCA gene mutant, I also have a significantly increased risk for ovarian cancer. Thus, even at the age of 37, my mikveh-going days are limited. Sometime soon I will be undergoing complete surgical menopause; one month I will go to the mikveh regularly and the next I will stop forever. This is something that weighs on me every time I go to the mikveh. I am more determined to make sure that every experience is positive, as I know that I only have a few times left. I actually walked out of local mikveh when the attendant was someone with whom I had a negative experience (such as the one who wished me, “May you have many healthy sons!” – What about my healthy daughter?). With only a few experiences left in my lifetime, I’m unwilling to have them be negative in any way.

I hope that every balanit will aim to be as sensitive and creative as my friend because when all is said and done, it is she who helped to transform the waters into a safe and healing place again, and gave me comfort to continue to come with my new, changed body.  Being a known BRCA mutant makes me feel vulnerable at the mikveh, even if it’s not  an “illness” or “disability” that is visual when standing there naked. I was fortunate that I knew how to seek out the right mikveh attendant post-surgery to “re-write” my frustrating experience prior to the mastectomy. I imagine not all women get to make that choice but I encourage them to try.

Noa Choritz balances her time between mothering her three children, running trails, and working as a women’s health nurse and a lactation consultant. She has no free time. She is a native of Pennsylvania and has lived in Israel for 19

About the Author: Noa Choritz

Noa Choritz balances her time between mothering her three children, running trails, and working as a women's health nurse and a lactation consultant. She has no free time. She is a native of Pennsylvania and has lived in Israel for 14 years, currently in Efrat.