Layered Listening, The Story Behind Eden

Layered Listening, The Story Behind Eden 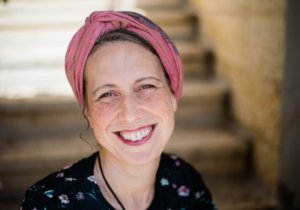 This blog was originally published on The Layers Project

Some people are born storytellers. I was born a listener.  My ears are my source of power; hearing the pain and frustrations of others awakens my desire to set things right and propels me to action. Listening was what drew me to become a sociologist, and I learned that listening is an art. Listening is what enabled me to do research with thousands of women and couples about their mikveh experience. And hearing other’s stories and learning from them inspired me to create The Eden Center to revitalize the mikveh experience; reclaiming it as a space for spiritual growth, emotional and physical wellness and women’s self expression.

When I began researching the mikveh and its effects on sexuality among observant couples about twenty years ago, I felt like I was literally breaking down walls that had prevented conversation for centuries. Mikveh discussion, including talk about the intimacy that follows immersion, was taboo. That silence, while protective of this sacred realm, was a giant barrier to change and improvement. The stories that came flooding out revealed tremendous pain and unnecessary suffering; stories of impotence, abuse, infertility, insecurity, physical pain, and loneliness.

I remember speaking to a Chassidic woman with 8 children, who described how the mikveh and the laws of taharat hamishpacha helped to protect her from her abusive husband — and how she learned to manipulate her visits to shield herself from his violent outbursts – but that she had never shared that before and certainly had not reached out for help.

I vividly recall speaking to a mother of two young children, who recounted that as a bride she was so afraid of sexual intimacy (it seemed the antithesis of tzniut) that it took them almost a year to fully consummate their marriage. She and her husband were too embarrassed to raise this with anyone, so they suffered in silence. She described the ongoing difficulty of intimacy, and described “falling pregnant” as a miracle.

I can’t forget the woman married nearly 42 years who told me how the mikveh attendant’s comment about her “sweet, bride-like flat chest” only months after she was married to this day negatively impacts her self image and sexuality.  Nor the heartbreaking words of a young woman, who after two miscarriages and three years of “trying”, described the pain and loneliness of going to the mikvah on what would have been that baby’s due date.

The more I listened, the more I realized that there was so much to be fixed and so much lost opportunity for us as a women’s community to help one another. And to me, it seemed obvious that this was part of what Chazal intended mikveh to do: to bring us together as women, as couples, and as a community.

In response to hearing these stories, hearing women’s voices as individuals and as a community, and stories of many different women, on different continents, at a range of ages; I began to look for ways to positively impact and make direct changes in the way women experience the mikveh.

And thus, I founded The Eden Center.

Our mission is to enable all women to have a personally meaningful and welcoming experience in the mikveh, providing support and resources for crisis and lifecycle moments and transforming the mikveh into a vehicle to promote women’s emotional and physical health, intimacy and well-being. Each project that we undertake to enhance the mikveh experience has stemmed from my eagerness to internalize the experiences of others and elevate them. So, when we hear “today’s kallah” discuss her 21st century views on sexuality and its intersection with halakha, we work to make sure that kallah teachers know how to hear her voice and understand her needs. When a woman undergoing chemotherapy needs to immerse with a bandage in a “sterile” mikveh, we make sure that an attendant will fully understand that request and can work to make that immersion possible and positive. In our direct work with attendants, through classes and conferences, we train them to hear the different voices women bring and to respect those needs. Most importantly, our community engagement programs, advocacy, classes, and publications aim to give women the strength and courage to listen to their inner voice and express it.

Listening to the stories of women always lights a spark of empathy and problem-solving within me. I cherish that quality in myself and see it growing in our society as women are increasingly sharing their voices and stories. The success and popularity of The Layers Project, highlights that this same spark lies within so many women: the desire of the contributors to share and be heard, and similarly and equally important, the desire of the audience to hear and be sensitized and sometimes, to share in the healing.

Over the next few weeks we will share with you some stories that inspired me, and I hope will inspire you too, because the more women tell their stories the more we can help each other. They are personal stories around mikveh. I invite you to connect because I think mikveh is important as an expression of connecting to our roots and our heritage in an expressly female way. But also because that is what empowers us. It is my deepest hope that through sharing these real and raw stories, we will all reexamine our own relationship with mikveh, and work to begin to listen more purposefully– allowing the voices of women to mix with the potentially uplifting and embracing waters of the mikveh to allow for the personal and communal growth the mikveh waters can indeed provide.