Frozen by Fear: Obsessive Compulsive Disorder and the Mikveh

Frozen by Fear: Obsessive Compulsive Disorder and the Mikveh 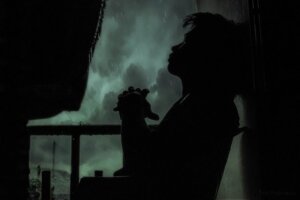 “I wondered if I did it or not,” Rachel explained. “What do you mean you wondered if you had done it or not?” The balaniot attending the workshop asked. It is hard to imagine, for people who haven’t dealt with obsessive compulsive disorder (OCD), how a woman could arrive at the mikveh, do the preparations, immerse in the mikveh, hear the balanit say “kasher” and be unsure she had done it. Rachel clarified: she knew she had just gone, physically, to the mikveh, but she left tormented by the idea that perhaps she had done something wrong and it didn’t count. She explained the type of torture she went through each time she went to the mikveh: “Thoughts kept coming in…driving me crazy….Did I wash my ears? Did I check my nails? Maybe I touched something after I checked…maybe the balanit didn’t notice?! What if she didn’t? Am I kosher?!!! Every time I calmed myself down by explaining to myself why I was Kosher another thought came in.” These thoughts consumed her in the mikveh and as she went home.

At this session of the Eden Center’s workshop for balaniot, Rachel shared her story. Practicing Taharat HaMishpacha and dealing with her illness, OCD, had been difficult, she explained. In the end, however, it was her faith that also helped her recover.

Rachel used to love being in niddah, she explained. During those days, she felt free. She didn’t have to worry. When she was ready to go to the mikveh, however, she turned from placid to frozen.

What some women might find pleasant—or perhaps a minor disruption—was a nightmare for Rachel. At the mikveh, she’d lie in a bath for three and a half hours. She’d soak. She’d check. She’d check again. She’d check again. As she suffered, she could tell the balaniot thought she was a nuisance, spending such exaggerated amounts of time in the tub as people waited for her so they could go home. Not understanding her illness, the balaniot at the mikveh she went to did not know how to reassure her by helping her check that she had done everything she needed to do.

What was going through her mind? Why had the mikveh become such an ordeal? This ritual, beyond requiring a lot of careful attention to detail and checking her body, also set off a fear in her of God’s punishment if she didn’t fulfill her obligations properly. The threat of Gehinom paralyzed her in her preparations and immersions.

While it was her ritual practice that made her suffer for a time, it was her spirituality, along with therapy,* that finally helped her get better and be able to approach the mikveh without fear and anxiety. Rachel was able to re-conceptualize her relationship with God and realize that God wants her to be a happy, healthy woman: God’s love is not predicated on her performing ritual with such exactitude. God just wants her to be able to be normal.

Rachel’s new understanding of God helped her to win the battle against OCD.

*In cases like these, it is often necessary to turn to outside help. Part of the goal of the Eden Center’s Balaniot Course is to help balaniot learn about the resources that are available to help women learn that their experiences in mikveh—and in life more broadly—don’t have to involve such suffering from illnesses like OCD.

**Jewish Mom had a recent post on OCD and Mikveh that readers may also find interesting or helpful: https://jewishmom.com/2013/02/06/one-womans-ocd-mikve-challenge-by-anonymous/