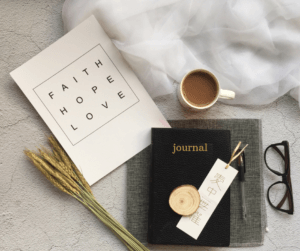 I was 14 . I woke up one Shabbat morning doubled over in excruciating pain. My mother rushed to a local doctor who advised calling an ambulance. I was taken to the local hospital and operated on that night.

I had an imperforate hymen; a congenital disorder where a hymen without an opening, obstructs the vagina. I was 1 in 1000 or 1 in 10,000 females, depends whom you ask. It’s not so great to be special. When I came around after surgery, the doctor handed my care over to the nursing staff saying: oh, don’t worry, you’re still a virgin. About eight years later I wished I could go back to that day and, shake her. Take it all out! Remove the darned thing.

I was 22. Eight years later, it was all but forgotten or irrelevant; I had married and we had made a joint, conscious decision not to consummate our marriage on our wedding night. And it was a good thing we didn’t bother. We did try once or twice during the sheva brachot week but nothing too serious; nothing to get stressed about.

And then we got a bit stressed; something was very, very wrong. Or as I put it, I must have been mehadrin min hamehadrin virgin and I was definitely worth more cows. There was only so much trying you can do before giving up. It didn’t seem or feel remotely normal. He didn’t even fit inside me, it was like there was a brick wall of muscle there. How long could you fumble without getting serious help? It was two months before someone understood? A sympathetic dayan referred us to his gynecologist friend who saw us pretty quickly. Until then, many were just saying take some diazepam or try some wine.

She took us seriously, oh what joy to hear the words that we weren’t crazy at all! She could barely get the top of her pinkie finger inside me.There was no way we would have dealt with this ourselves. It was also oddly gratifying to hear that this was the worst case she had ever seen–we all have our oddities and this, alas, was mine.

Apparently what had happened all those years before, was that the surgeon had just made an incision instead of removing the whole hymen; it was enough for my period to drip out slowly, and that’s it, not enough to actually have sex. And apparently it was an extremely tough hymen. Impenetrable.

After about a month, I had it surgically removed and when the scar tissue healed, I started using vaginal dilators to enlarge the vagina, and relax the internal muscles. Making time for it was annoying and boring…work? It turned sex into a chore. Something my body had to be prepared for, softened like tough slab of meat and formed into something else that would accept a man and one day even enjoy it. We used to joke about expressions like falling pregnant and making love, when just starting to have sex was a mission in itself.

And then six months after the birth of our oldest child, yes, I got pregnant about five months after the operation–I had more surgery to remove scar tissue and surrounding hymen which was causing me agonizing pain. The stress and anxiety loomed larger, caused more distress which left me with a going home present called vaginismus. Oh the joys.

Vaginismus is where involuntary muscle spasm prevents vaginal penetration. This can happen when a doctor inserts a speculum (I felt like I was dying) but most often with sexual intercourse. The underlying cause of vaginismus is a fear that penetration will hurt and after everything that had happened, yes, it hurt. A lot. Everything hurt. It always hurt. I wanted to disembowel and de-vagina myself, if that’s a thing.

It was becoming increasingly difficult to extricate myself from anxiety’s cyclic effect as time went on. Sex is, well, a pretty central tenet of love and marriage. But for a long time we managed to have a rich, loving marriage with so little of it. We found different ways of expressing love and having sexual pleasure. After all, vaginismus didn’t indicate that I didn’t trust my partner, he’s the person I trust most in the entire world, it was my brain messing with my body, messing with my brain and messing with my life.

He never put me under any pressure. It wasn’t a history of sexual abuse or assault that did this to me, although, my husband later admitted that he felt significant distress because he felt like he was raping me, and that was painful to hear. Almost as painful as the physical pain.

The cycle of trauma was relentless. We saw counselors and tried therapies. I found their questions intrusive and often I would clam up and not participate. Sometimes the sheer exhaustion was just off putting. Month faded into month, years disappeared, and before I knew it, it was eight years later. Sixteen years after my original surgery and approximately six or seven years after the third surgery. I have to admit, it seemed hopeless.

I was 30. I was a mother of four children and a newborn. I was at my six-week check…and I didn’t feel the speculum; eight years later and I realized it was all over. Just like that. I have no idea to this day what worked. The poor doctor didn’t know what happened. I just didn’t have the words to explain. I cried getting into the car. The tears streamed down my face as I buckled my baby into his car seat. I felt so beautifully normal.

I’m 38. It’s 8 years later again and I struggle to remember the smaller details, what happened when and why, and how I felt, as I tend to block out uncomfortable memories. Our troubles definitely colored every day but we had to–you know–do laundry too, get on with life. We had to find fun in other ways, a different “normal” to yours, or go insane. It was stressful, miserable and painful; perhaps the strangest way to build a solid foundation. And solid it was, as we trade in faux insults and joke about our weird brains and bodies.

People say that sex in the second decade of marriage is so much more fulfilling but for us, it was a new lease of life, like renewing vows and trying again.