What am I Meant to Feel?

What am I Meant to Feel? 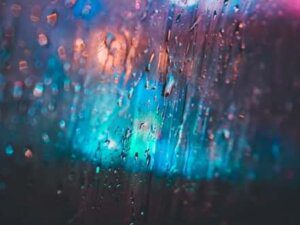 I had spent an hour preparing myself for my immersion, taking my time. Carefully removing every speck of nail polish, filing my nails, and showering, with special attention focused on the hard-to-reach parts of my back.

As I grabbed a towel and walked from the preparation room to the mikveh I caught a glimpse of myself in the mirror. I noticed the little gold studs glinting on my earlobes.

A thought, “Should I remove my earrings?”

I have 5 piercings and three earrings remain in my ears at all times.

I never take them out.

I stood in front of the mirror, meeting my own gaze.

I took each earring out carefully, watching my ears lose the stars and opals I had placed in them years before.

I met my gaze again.

The woman in the mirror looked utterly defenseless: naked, clean, and completely without adornment.

She reflected how I internally had felt for the past month: exposed and vulnerable.

I walked into the room that held the mikveh, noting the warm light that filled the space. I clutched in my hand what I was hoping to say when I immersed.

Step by step, I walked towards the mikveh.

I felt fear, curiosity, and hope coursing through my body.

Fear the immersion would mean nothing when it happened.

Curiosity over what this action would uncover. A half-crazed thought, “If I feel nothing, will I feel farther from God?”

Hope that the ritual of immersing could hold me in my pain, loss, and transition.

I was surprised by how the water physically pulled at my body as I descended into the water. Each step I took down the stairs of the mikveh, wading deeper and deeper, I felt the weight of the water grasping me.

Finally, I stood on the bottom step.

I took a breath.

The bracha slipped from my lips as my foot left the stair and I allowed my entire body to be engulfed in water.

Where was the big moment of holiness and meaning that I had been sold as “a woman’s mikveh experience”?

I immersed a few more times, this time including the intentions and brachot that I had been provided with, the pages sensibly laminated and perched on the ledge of the mikveh.

I stayed in the water. Waiting.

Finally, I decided to emerge. It was time to move on with my day and I was flying to Israel in 48 hours.

As I placed my feet back on the stairs and walked up each one I felt the same pull and weight of the water, as if the mikveh herself was saying, “don’t leave.  Not yet”.

Once out of the water, I sat on a seat positioned in the corner facing the mikveh. I had brought my journal with me and I stared at the page, hoping the feelings of divinity and holiness would decide to make themselves known so I could breathlessly write about my experience post-immersion.

Instead I scribbled a few thoughts and reflections and headed back into the changing room. Once my clothing and earrings were on I realized how much they felt like armor, protecting me. Holding me the way the water of the mikveh had encircled my body.

As I exited the mikveh, the attendant called out to me, “did you catch the thunderstorm?” Unbeknownst to me, while I had been in the water, a thunderstorm had shaken the mikveh and drenched the city.

The world had immersed with me.

About the Author: Amalia Mark