To Vaccinate, or Not to Vaccinate: That is the Question! Should Children Receive the HPV Vaccine?

To Vaccinate, or Not to Vaccinate: That is the Question! Should Children Receive the HPV Vaccine? 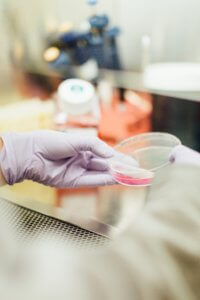 This blog originally appeared in the Times of Israel.

In just a few days, the Israel Ministry of Health will offer several vaccinations to eighth graders including diphtheria, tetanus and Human Papilloma Virus (HPV). Should your child receive the HPV vaccine? Is this morally obligated for every child? How does Jewish law relate to the obligation to vaccinate against HPV?

There are several reasons to vaccinate in grade 8. HPV vaccine is endorsed by the World Health Organization and over 100 countries and is part of the national immunization program in 67 countries including Israel and the United States.  The vaccine is designed to protect against HPV infection, a virus that is primarily sexually transmitted and infects more than 79,000,000 Americans. According to the Center for Disease Control (CDC), without the HPV vaccination, virtually every sexually active American will be infected at some point in their life.  Vaccination of a significant portion of a population provides protection for individuals who have not developed immunity (commonly called herd immunity). Therefore, those who refuse vaccination increase not only the risk of their own infection, but also the infection of others.

HPV causes virtually all cancers of the cervix, anus, vulva, vagina, penis, a growing number of oropharyngeal cancers (which can arise from oro-genital transmission of HPV) and anogenital warts.  Introduced in 2006, the vaccine has already shown a large decline in precancerous cervical lesions but longer follow up is necessary to demonstrate reductions in invasive cervical cancer and death from cancer (epidemiologically roughly 20 years of follow up are necessary).  Although initially there were anecdotal reports of severe side effects including death associated with vaccine administration, large, well-designed trials have refuted these claims and show only minimal side-effects such as skin changes at the injection site.

Although the incidence of cervical cancer among Jews is lower than the general population, presumably due to circumcision and lower rates of sexual promiscuity, there are approximately 200 cases of invasive cervical cancer diagnosed in Israel each year.  Are these women religiously observant? The Israel Cancer Association does not record the religious affiliation of these women. However, data from a study of ultra-Orthodox women who gave birth at Bikkur Cholim hospital in Jerusalem showed high rates of infection with chlamydia (a sexually transmitted disease) suggesting that even members of this devoutly religious community are at risk for HPV infection and it is impossible to identify a religious community at zero risk for HPV infection from whom the vaccine could safely be withheld. Unpublished preliminary data surveying religious teens attending ulpanot and yeshivot in Israel indicates that 9% of twelfth grade boys engaged in full intercourse and 11% engaged in oral sex (which also leads to transmission of HPV).  Among girls the rates of full intercourse and oral intercourse were 1% and 6%, respectively. So promiscuity unfortunately does exist in the religious world and teens are at risk for contracting HPV.

Debate seems to rage over HPV vaccination. Those opposing the vaccine argue that the incidence of cervical cancer among Jews is low, especially among religious Jews who do not engage in promiscuous behavior and that PAP smear screening programs already effectively diagnose cervical cancer at an early stage. Additionally, some say that vaccination will increase promiscuity and label schools which administer the vaccine as morally deficient. This is an especially strong voice in religious schools that do not want to be seen as “encouraging premarital relations.” Further to this, among rabbinic voices opposing the vaccination, there are those who claim that there is no obligation to treat sinners, or to quote one prominent rabbi, “If you eat spoiled food, you should not be surprised if you get a stomachache.”

HPV vaccine requires only two injections six months apart and prevents all HPV related cancers. By contrast, PAP smear screening programs, which are designed to detect cervical cancer at an early curable stage, may fail to do so. They require vigilant compliance and multiple medical visits, and only screen for one of the several cancers caused by the HPV virus.  In addition, PAP smear may soon become obsolete as HPV testing appears to be more sensitive in detecting cervical abnormalities. No major medical organization recommends PAP smear alone in the absence of HPV vaccination. PAP smear alone is substandard medical care. Furthermore, primary prevention with a vaccine is generally more effective than early detection.

Not all HPV is contracted through sexual contact. HPV can be contracted through maternal fetal transmission at birth, diaper changing, infected towels and medical devices and according to one study merely bathing in water.  Thus, not everyone who contracts HPV “ate spoiled food” and deserves a stomachache. Furthermore, Jewish law (halakha) distinguishes between evil actions and evildoers; evil should be banned but evildoers should be helped to repent (Berachot 10a).  Thus, even those who engage in promiscuous behavior halakhically warrant medical intervention. For a full treatment of the halachic issues please see the author’s forthcoming article in Tradition.

The Nishmat website writes, “One never knows exactly whom one is going to be sexually involved with over time (for example, marrying someone with previous sexual experience, or G-d forbid in a case of rape). A child’s lifestyle may also turn out to not be the one we hoped for. All of these are reasons that this vaccination should be encouraged, even for religious teenagers.”  Similarly Machon Puah states, “Theoretically, there is the possibility of infection without engaging in forbidden sexual relations and since for pikuach nefesh we do not follow the majority, we should protect these women. In addition, in the community where the age of marriage is rising, the risk to girls who have not protected themselves has risen. The religious community also consists of a not insignificant number of baalei teshuva who were previously infected and may endanger modest women who have not been vaccinated.“

In response to the claim that HPV vaccine encourages promiscuity, data from the CDC shows that HPV vaccination does not increase promiscuity.  Furthermore, there is no need to explain to children who undergo vaccination that they are receiving a shot to prevent a sexually transmitted disease.  A brief explanation that the vaccine prevents cancer in adulthood is sufficient. To avoid discussions regarding the social and moral implications of vaccination, Machon Puah recommends administering the vaccine at a young age with other routine vaccines obviating the need to explain how HPV is contracted.  Furthermore, as a large percentage of religious schools offer the vaccine, schools that administer the vaccine should not be stigmatized as morally deficient.

Virtually all modern religious decisors (poskim) stipulate a halakhic obligation to vaccinate in general, tracing the sources for this obligation to a number of obligations include “ve-nishmartem me’od le-nafshoteikhem” (you have to protect your body), obligations to protect the larger community from disease, “safek sakana d’rabim” (the possibility of many people being at risk), “dina d’malchuta dina” (the obligation to follow the law of the land). Additionally, rabbinic authorities site obligations to protect the larger community from disease and endorsement of vaccination by the overwhelming majority of medical authorities as another significant factor in their endorsement. These halakhic principles with regard to vaccination should obligate HPV vaccination. While debate has raged in Israel among Rabbinic authorities over HPV vaccination, the above discussion shows the flaws in their reasoning of these arguments incorporating the positions of Chotam/Machon Puah, Nishmat, and the author.

HPV can be transmitted even without promiscuity and the reality is that promiscuity exists, even in the Orthodox world. Even if the vaccine will save only a small number of women, even one life is worth saving. Can you really be certain that your child will never be at risk for HPV infection?

Sharon Galper Grossman, MD, MPh, is a Harvard-trained radiation oncologist with a Masters in Public Health. She is a graduate of the Morot L’Halakha program for women’s advanced halakha learning at Matan Hasharon with a forthcoming article in Tradition “Resolving the Debate Over Human Pappiloma Virus (HPV) Vaccination for Cancer Prevention in the Religious World”. In the coming year she will be speaking, writing and raising women’s health concerns through The Eden Center.  She lives in Ra’annana, Israel.

To invite Sharon to speak your community please contact us at lectures@theEdenCenter.com