The Pain Known as Endometriosis

The Pain Known as Endometriosis 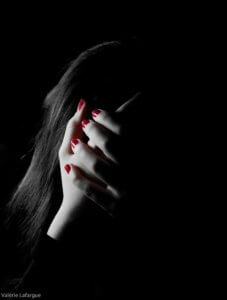 “It is not OK to miss a part of your life because of pain and excessive bleeding.”

An estimated 176 million women worldwide, approximately 10% of all women, suffer from endometriosis.  One study showed a much lower incidence among haredi women. Yet the true incidence of endometriosis is unknown because definitive diagnosis requires laparoscopy and biopsy and some women with the condition are asymptomatic while others suffer with symptoms for many years without proper diagnosis.

Endometriosis typically affects women in their thirties or forties, but may occur in teenage girls and can persist after menopause. Symptoms can include pain during menstruation, pelvic or abdominal pain, painful intercourse, heavy or prolonged menstrual bleeding, bleeding between periods, infertility, pain with urination or defecation, and nonspecific gastrointestinal symptoms such as constipation, diarrhea, nausea or bloating especially during menstruation.   It impairs quality of life, increases depression, undermines intimacy, limits participation in daily and social activities, decreases productivity and income,and may increase the risk of chronic disease.

Women often have 7 visits to their physician before referral to a specialist for evaluation, and many wait several years until seeking medical attention for symptoms, so on average endometriosis goes undiagnosed for about 9 years. This delay can have devastating consequences leading to disease progression, greater psychological distress and compromised quality of life.  Since its symptoms are similar to other gynecological conditions, diagnosis can be challenging. In retrospect, many women who are diagnosed later in life had symptoms for many years before. Therefore, if you or someone you know experience any of the above symptoms, it may be helpful to mention them to a physician and ask if they could be due to endometriosis to facilitate early diagnosis and treatment.

Treatment of endometriosis involves medication or surgery, depending on the severity of symptoms and whether one is trying to get pregnant.  Nonsteroidal anti-inflammatory drugs such as ibuprofen can help control pain. Hormones in the form of birth control pills or hormone-emitting IUD can also help reduce pain and bleeding, but the symptoms can return after discontinuation of hormonal treatment.  Surgery to remove endometrial deposits while preserving the ovaries and uterus may be recommended for women trying to get pregnant or those with severe symptoms. Rarely, removal of the ovaries and uterus is performed, which leads to loss of fertility and the onset of menopause.

Endometriosis can pose several halakhic challenges for a woman observing niddah.  Early diagnosis of endometriosis is critical not just to relieve symptoms and facilitate early intervention but also to address these halakhic issues. Women with endometriosis typically have prolonged menses, spotting in between periods, and light bleeding just before the beginning of a period, reducing the number of days a husband and wife are permitted to each other.  Once diagnosis of endometriosis has occurred and the exact location of the deposits documented through visual examination, ultrasound, MRI or laparoscopy, a posek or their designee may attribute bleeding from endometriosis to dam makkah (bleeding from a wound) which means the blood might not render her a niddah. However, in reality, uterine bleeding often occurs with bleeding from endometriosis precluding classification as dam makkah.   Bleeding which occurs on the veset (daytime or nighttime of her anticipated period) requires additional halakhic clarification.  The halakhic advisor might recommend reducing the number or depth of bedikot (internal checks), wearing a pantiliner during shiva nekiim (7 clean days) and wearing colored underwear after going to the mikveh to maximize the time a husband and wife are permitted to each other.  If she continues to struggle with prolonged bleeding or spotting in spite of taking such steps, she might consider hormonal interventions such as birth control pills or a hormone-emitting IUD such as the mirena to minimize the bleeding.

Similarly, endometriosis can also cause bleeding with urination or after intercourse, two distinct halakhic dilemmas.  Blood in urine or during or after intercourse may render a woman niddah.  However, if endometrial deposits or other sources of bleeding are identified in the urinary tract, a halakhic advisor might conclude that  blood in urine does not make her niddah.  Bleeding with intercourse can also make a woman niddah and poses the halakhic question whether intercourse triggers menstruation.  A halakhic authority must be consulted to resolve both issues. If endometrial deposits are confirmed in the vagina or outer cervix, the halakhic authority may attribute bleeding to endometriosis, classifying the bleeding as dam makkah, and the couple may be permitted to each other.  In addition, the couple may be advised to have relations on colored sheets, to wait after intercourse to get up and avoid checking themselves after intercourse.

Pain from endometriosis can present several halakhic conundrums.  For some women, pain from endometriosis followed by the onset of a period could qualify as a hargasha (a sensation which would render her a niddah on a Biblical level).  Similarly, the pain from endometriosis may also antecede a period and qualify as a veset haguf (a physical symptom which systematically signals the onset of a period).  If she has established a veset haguf based on pain, her onat prisha (time of separation in anticipation of her period) occurs on the days she experiences these symptoms and intercourse is forbidden.   Some women with endometriosis may also experience symptoms that are unrelated to their period and mistakenly confuse them with a veset haguf — leading to unnecessary abstention from relations.  Finally, endometriosis can cause pain with intercourse impairing marital relations when a couple is permitted to each other.   Analgesics may help minimize pain in these situations. In addition, modifying position can make intercourse more comfortable.

Increasing awareness of endometriosis can facilitate early diagnosis and intervention to minimize the devastating effects of this condition and end this “public health emergency” so that women particularly those who observe the laws of niddah, “do not miss part of their lives in pain and excessive bleeding”.