The Mikveh Conversation We Should Have Had

The Mikveh Conversation We Should Have Had 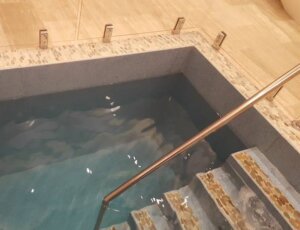 The fast day of Asara B’Tevet falling out on a Friday raised some questions about how to navigate Shabbat and a fast day. Similar to Friday Purim and other calendar clashes, there was some necessary readjusting of our usual order of events. Shul announcements and halakhic authorities on social media shared tips on how to navigate the situation.

As usual, mikveh was a glaring omission in those conversations.

On Friday night, dozens of women in every community rush to light candles and get out the door to get to their local mikveh during the one hour it is open on Friday evening. Add a fast day to the mix, and it’s a perfect storm of religious obligations. Why was this not mentioned amid all the discourse about prayer times and whether to repeat Shema?

Ashkenazi women follow the practice to wait until nightfall to immerse. That means that their only option was to head to the mikveh during the fast, immerse at nightfall and only arrive home well after the fast was over. For Sefardi women the situation was a bit less complicated. They can immerse as early as sunset – since they were able to immerse slightly earlier, they had the possibility of being home in time to break the fast at nightfall.

Why were there no PSAs suggesting how to manage this situation?

I can imagine a few possible announcements that would have brought awareness of this issue and made it easier for all involved. Just a simple statement that women may want to reach out to their local halakhic authority to discuss options would open the topic for those hesitant to ask. I would be as bold to say that halakhic authorities could have recommended that Ashkenazi women adopt the Sefardi practice this weekend and immerse at sunset so they could at least get home in time to break their fast. Maybe we could even go as far as offering the option of ending the fast early for those who would find the evening trek to and from the mikveh too taxing.

The silence on this issue is deafening. If men regularly went to the mikveh, you can be sure that community bulletins and local halakhic authorities would have included this element in their general statements about this year’s Asara B’Tevet observance. Once again, women’s experiences remained invisible.

This is only one example of the greater issue of visibility of women in the public sphere and in the halakhic discourse. Every communal leader and halakhic authority must consider a broader range of experiences when issuing halakhic guidance.

mikveh is not a niche issue. At least half of our population will observe this commandment at some point in their lives. It must be a part of the communal discourse, equivalent to every other form of ritual observance.

About the Author: Gila Bieler-Hoch