The Importance of Being on the Same Page

The Importance of Being on the Same Page 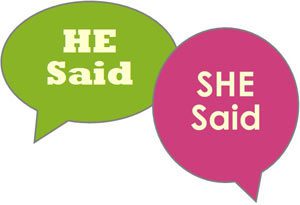 I started teaching kallah classes about six years ago after I was sought out by one of the well-known teachers in my Brooklyn community. She knew I had a masters in social work and felt I could connect well with brides, though if you knew me you would probably not peg me as a kallah teacher (I never even pegged myself as one!). I was flattered and humbled by her confidence in me.

And so, one summer night we met in her living room and I began my training.

We reviewed the laws and halachot pertaining to niddah, the harhakot and mikveh preparations. We spoke about wonderful stories of how women all over the world went to great lengths to preserve the sanctity of the Jewish home. We spoke about shalom bayit and finding ways to work together with one’s spouse.

My aim in teaching the classes, besides the basic information, was to create an atmosphere of security and comfort. I wanted my students to feel free to ask any question and never feel judged. I wanted to make sure that they knew that I would be available to them any time, that I enjoyed helping them out. I remember the feeling when I was first married the importance of the keeping the laws of taharat hamishpacha, how nervous I was that I might make a mistake. I wanted my students to feel confident in themselves, and their understanding of the halachot.

I have taught both group and one-on-one classes. When a bride would ask to learn with me, I would usually ask about her fiancé, which synagogue and rabbi they would be affiliated with and when they were getting married; most brides that I taught were from my community and, more or less, held the same hashkafot as I did. Similarly her fiancé would learn with a teacher who taught the same shita as I did. Whatever the bride and groom learned would be in sync.

Last year, a young woman I knew well for many years called. She was getting married and asked me to teach her. I hesitated. I was making Aliya and felt she would probably want someone who lived in the neighborhood and was more accessible (at least in the same time zone!). She insisted, saying that because I knew her and her family for so many years, it would be much more comfortable for her.

When I asked where her fiancé was taking classes, she mentioned that he was learning with a charedi rabbi. Again I hesitated, telling her that there will be some conflicting issues between the shita that I teach and what her fiancé was learning. I explained that what we learn is based on the Shulhan Aruch and according to Hacham Ovadia Yosef (זצ”ל). I gave her various examples where we differ. I tried to convince her to learn with someone else who would teach the same way as her fiancé and ensure that they would be in sync in their shita, but she insisted she wanted to learn with me. And so, I accepted.

We learned. We enjoyed and laughed and I felt like we connected. She called and texted me questions and we even spoke about the obvious differences between her family and that of her husband.

Then, a few days before her wedding, almost as a foreshadowing to what would later grow into a real problem, she called me. She and her fiancé were arguing about the laws regarding the first night. We went over the laws. She said her fiancé was not comfortable with the laws as I presented them, that he made her feel as though she was about to begin married life by compromising values of taharat hamishpacha. She asked if I would be willing to speak with her fiancé’s rabbi to ensure that what she was learning would not be wrong. I agreed, wanting to do whatever I could to ensure the comfort and peace of mind that every bride should have on her wedding day.

The fiancé’s rabbi and I spoke. He acknowledged what I taught as being the accepted Sephardic customs, but said that he (and, consequently, the fiancé) preferred to be more mahmir (stringent). In the most respectful way possible, I tried to explain that humrot (stingencies) at the expense of the bride’s confidence and comfort may not be right for every couple.

The halachic advisor side in me added that when humrot begin to encroach on shalom bayit—on a newly developing bayit, in this case—it may be preferable to have them “merely” follow the halacha and leave the humrot for couples who are prepared to accept them of one mind.

The social worker side in me was upset that both the rabbi and the fiancé were putting doubt into this bride’s mind. Here she was on the brink of marriage with the praiseworthy sense of responsibility to continue the tradition of our women for thousands of years, and these men were making her feel as though she was wrong mistaken, that her intentions inadequate.

I explained to the rabbi that this is her mitzvah, as long as she is following halacha she should get the encouragement and support to do so confidently. She needed to feel her husband’s trust and faith in these new steps that they would be taking together.

I wish I could end this story on that positive note, but unfortunately things did not happen as hoped for. The couple got married and, soon after, were expecting their first child. Even though I had moved to Israel, we were still in contact throughout her pregnancy. She was happy being pregnant and expressed her relief from the stress of dealing with the niddah laws. It saddened me to hear that, despite the apparent respect she had been given at the start in taking responsibility for her mitzvah in the way she felt most comfortable, this had apparently still remained a sore point between her and her husband.

She gave birth to a beautiful baby boy. We spoke on the phone and we reviewed the laws of niddah again and the laws for after giving birth.

About two months later, she called me again. We exchanged pleasantries, she asked how life in Israel was and how my family was adjusting. She described what it was like for her juggling the duties of being a mom and going back to school. It was nice.

And then… I was relieved of my duties.

She said that she needed to work on the shalom bayit between her and her husband. Although she agreed with all that we learned together, she felt as though she needed to be on the same page as her husband, and that his position—despite the initial gestures—was ultimately inflexible. Deep in my heart, I had known it. I had known that it was a losing battle for her, especially when hearing how his doubts and suspicions each month would lead to regular, repeated arguments and stress between them. She gave in and, although uncomfortable with the humrot, it was better to accept them than than the constant fighting. Although I’m sad that our level of contact won’t be the same, I understand.

I learned my lesson. Both the halachic advisor in me and the social worker in me realized how important it is for the bride and groom to learn the same shita. For something as fundamental as this is in a marriage, it would save much stress and heartache to decide what that shita is from the start. It does not mean that one way is necessarily right and the other wrong, it is just about being on the same page.

Frances Arking has been teaching kallah classes for the last 5 years in the Sephardic Syrian community of Brooklyn, NY, and made Aliyah last year to Modi’in. She is an NYU graduate with a Masters of Social Work.

About the Author: Frances Arking

Frances Arking has been teaching kallah classes for the last 5 years in the Sephardic Syrian community of Brooklyn, NY, and made Aliyah last year to Modi'in. She is an NYU graduate with a Masters of Social Work.