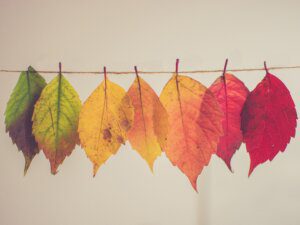 There are many discussions about what goes on physically when a woman is pregnant. There is far less open discussion and fewer resources regarding what happens after she gives birth. Here is a brief summary.

Hormonal: The balance of hormones in a woman’s body changes drastically after giving birth. During the first six weeks after birth the range of hormonal changes and emotional experiences is most extreme. At around six weeks, the body begins to find more equilibrium, and the extremes balance out.

Breasts: Every woman has a unique relationship with her breasts, a relationship that becomes more complex during pregnancy, as visible changes occur. These changes may include swelling, growing in size, getting hairier, and becoming more sensitive to touch (which may or may not be pleasurable), the areola becoming more prominent, and the nipples darkening. Some begin leaking colostrum, the precursor to breast milk.

After giving birth, breasts continue to change. For some women, they grow even larger, sometimes by a few cup sizes. For the first few days after birth, they produce colostrum. Afterwards, the breast milk comes in. Many women experience engorgement, pain, cracked/bleeding nipples and general difficulty or discomfort around their breasts, especially if nursing. Often, breasts become very sensitive to touch. They leak, and even more so when a woman is feeling aroused (this may happen even if she is not breastfeeding)!

Vagina: Vaginas go through so much during childbirth. They are the portal between this world and the one within, the channel through which your baby passes to meet you. In order to push the baby out, all the vaginal muscles stretchhhhhhhed. Some might have torn; some might have been cut and sewn back together; others may have had medical equipment pushing, pulling and/or vacuuming. After all that, it’s no surprise that vaginas and vulvas need some time to recuperate.

It is important to realize that stitches, even if not visible, cause the area to be sensitive, and all the more so in the case of an episiotomy.

Another change in the vaginal area after birth is a diminishment of natural lubrication. This is super common after birth, especially if one is nursing.

Pelvic floor: A vagina doesn’t stand alone. It’s part of the pelvic floor and the network of pelvic floor muscles. During pregnancy and childbirth, these muscles are stretched and strained. One of the most common side effects of this stretching is urinary incontinence- leaking and peeing a little bit. Some women also experience fecal incontinence, which means they leak poop. Badly healed stitches can also lead to tightness and pain in the pelvic area. All these things can seriously impact how you feel about yourself.

A great tip is to book an appointment with a pelvic floor specialist while still in the eighth or ninth month of pregnancy. These professionals are often fully booked, and it’s difficult to see them, especially if they have a good name. During pregnancy, research options. Find someone you feel comfortable with and book an appointment for a month or two after giving birth. The specialist will check that the vagina and pelvic floor are healing properly, this usually includes an internal check to see exactly what’s going on. She will give you exercises to help strengthen your pelvic floor muscles.

C-section: A C-section is a major abdominal surgery. As such, it entails a more strict regime of rest and recuperation. There are women who feel fully recovered by their 6 week check up (and even before!). However, for most women the recovery period takes longer. Many women experience tingling and numbness in the scar area and in their vagina for months following delivery. Some women may experience permanent loss of sensitivity to touch around the incision area.

Sleep: Just so we’re clear, sleep deprivation is not a joke – it is actually a documented form of torture! People tend to dismiss its toll because in our culture sleep is seen as a bad habit, a kind of laziness. Most adults, even non-parents, are somewhat sleep deprived. However, lack of sleep messes up physical functioning, executive functioning, and the ability to process information, and those are only a few of its effects!  Be aware that lack of sleep doesn’t just affect the ability to remember, concentrate and focus, but also the ability to communicate, and sexuality itself. The body prioritizes needs. If it is not getting enough sleep, a basic need, then it will not have enough energy to expend on less crucial elements for survival, such as sex. In addition, when people are sleep deprived, they tend to be less patient and receptive. It is more difficult to turn to a partner with love and compassion when exhausted. Finding time and a place for sleep is crucial, and should definitely be high priority for both parents!

It may seem overwhelming, but there are things that can be done to minimize these changes and the negative effects they have on an individual’s and couple’s sexuality. Knowledge and awareness are the first steps, so just having read this blog gives you an advantage!

There are so many physical changes that take place in a woman’s body after giving birth, and every woman will experience a different combination of them, and a different emotional response to each change. It is beyond the scope of this blog to expand on all the physical changes. For an in depth look, I recommend my book, ‘Sexuality After Childbirth’.

About the Author: Yonina Rubinstein

Yonina Rubinstein is a sexuality educator, certified intimacy coach and author of the recently published 'Sexuality After Childbirth'. She made aliyah as a child and resides with her family in Efrat.