Sephardi in an Ashkenazi World

Sephardi in an Ashkenazi World 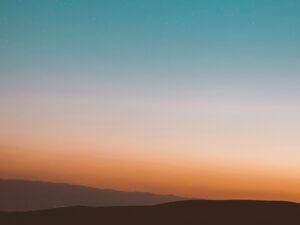 I remember it like yesterday, the door opening and seeing the warmest, friendliest, and most loving smile greet me. I stepped through the door and a massive hug enveloped me. She was an older woman, a ‘safta’ figure that I instantly felt comfortable and at ease with. This was definitely not what I had expected and I was relieved that I would be spending the next ten weeks in a safe and happy environment

Being a kallah can be extremely happy and exciting, but for some kallot it can also be a stressful and even anxious time in their life. Stepping into this new world of the unknown, with wedding preparations and the new house to arrange, it can be easy to forget the most fundamental part. The actual marriage. The chatan and kallah are about to embark on this new, beautiful and special journey together, a lifelong journey. For this journey they will need to prepare spiritually, mentally and physically. They need the best preparation to have the most successful start

Entering my kallah teacher’s house I felt instantly at home and could relax. True, I still didn’t know what to expect or even what I was going to learn about, but the initial contact made everything seem easier. I wasn’t always observant. I grew up in a very Sephardi, Moroccan traditional household. Growing up I didn’t hear the word mikveh mentioned. It was only when I decided to learn more about Judaism and attended a midrasha in Jerusalem that I heard something, but I still didn’t understand what it was used for or why people went there. So I was excited that I was finally going to have the opportunity to learn about this amazing mitzvah

Each week I would attend my kallah class for one hour. The more I learnt, the more I felt my mind and body becoming spiritually prepared for this new beginning in my life. It also got me thinking that if I hadn’t chosen this path, I would be  getting married without any of the incredible knowledge about this great mitzvah Hashem had given us. It was a scary thought that my chatan and I would have been on this new journey without any tools and very much unprepared

Ten weeks flew by and I can remember like yesterday my first mikveh experience. It felt almost surreal, two nights before my wedding, to put all my learning into practice. I walked down the mikveh steps into the beautiful, purifying water. Each time I dipped I felt I was being reborn, blessed with new opportunities. A fresh new start. I could feel Hashem with me on this new spiritual journey, embracing me, holding my hand while I prayed to him about all my hopes and dreams for the future. I am very blessed to have had such a positive first mikveh experience, and I thank Hashem as I realize today that each woman’s experience is unique, and personal to them. That night I walked out feeling refreshed, recharged, invigorated and ready for whatever my new future with my chatan held. I also thanked Hashem for my kallah teacher’s wonderful joy and positivity when teaching me, making me mentally ready and in the right mindset for this brand new way of life

A few months passed and my mikveh night landed on Shabbat. This would be my first time going on Shabbat. I prepared at home before leaving and assumed I would be dipping after nightfall, just like any other night. I lit my Shabbat candles and went to the mikveh, where the baalanit asked me a question, “Bein hashemashot (twilight) or tzeit hakochavim (nightfall)?” I stared at her blankly. She asked me again, to which I replied that I didn’t understand what she meant. She smiled at me and simply said, ‘Are you and your husband Sephardi or Ashkenazi?’. I really didn’t see what that had to do with anything but replied ‘Sephardi’. So she quickly put me in a room and said  “you have to dip bein hashemashot”. I just followed what she said without understanding why. That night I spoke to my husband and we decided that we should call our Rav after Shabbat

On Motzei Shabbat I explained to our Rabbi what had happened and said that I was confused. The Rav explained that Sephardim dip before nightfall on erev Shabbat and asked me why my kallah teacher hadn’t explained this to me. I didn’t have an answer. He recommended that I buy a book written by Rav Ovadia Yosef. I did as the Rav said and read through the whole book. To my surprise I realized there are quite a few differences, compared to what I had learnt with my kallah teacher. I was even keeping an extra day of nidda, which as a Sephardi woman I didn’t need to do. The book pointed out the differences between the Sephardi and Ashkenazi halachot, and this is when it hit me that I had been following all the halachot of Ashkenazim and not those of my own Sephardic traditions

Looking back, I realized that as an English speaker most of my Jewish learning had been of Ashkenazi halachot. I noticed that my English speaking kallah teacher had done the same thing and only taught me the Ashkenazi halachot. Because I didn’t know there were differences, I also didn’t think to mention to her that I was a Sephardi. Even though I did have such a positive experience with her, as a Sephardi woman who is English speaking, there was a problem finding someone with whom I would be able to learn my own customs and traditions

Ten years on and things are changing. There are wonderful places like ‘The Eden Center’ which is doing a wonderful job of training kallah teachers for kallot from any background, or for those marrying a chatan from a different background to their own. I believe this is so important in a world that is changing so quickly. We have to to try and keep a balance between where we come from, our traditions, who we are right now, who we want to be and where we are heading. In such a fast paced environment, kallot can open a new door in their lives, stepping through into a bright new world without having to close the old one behind them

About the Author: Chaya Tamar Jimenez