“I need to tovel (immerse) tonight, how do I make an appointment?” That was a very innocent question. “I’m here,” I replied. “Just let me know when you’ll come.” “I think I’ll make it by 8″, replied the tovelet. Great. 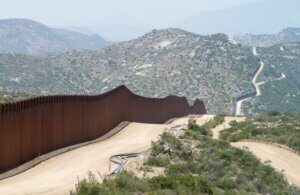 An hour later I got a message: “I won’t make it by then, can you be there later?” Every balanit (mikveh attendant) understands that women get delayed. But I live in Germany. We are especially aware that many of the women coming are not religious. And we do everything possible to make them feel welcome at the mikveh, no matter what. “Sure,” I replied. “Let me know half an hour before you’ll be here.”

At 8pm I got the next text. “I’ve been delayed again. And my son has been injured. I have to take my son to the hospital. How late can you open the mikveh?” Typical day in the life of a balanit…

But this was anything but typical, as I was soon to find out. Because Sarah was not a typical tovelet. Sarah had just travelled for 50 hours straight in order to flee the Ukraine with her husband and son. When the war began, she scrambled to get her family over the border to her sister in Germany. Her focus was on keeping her family safe as bombs fell and friends were sent to the front line. But she also had another focus. And that was getting to the mikveh.

Sarah continued to call and text. 9pm, 10pm…they still hadn’t made it across the border. “I’ll be there no matter what time you get here,” I told her.

When Sarah finally arrived, her sister made travel arrangements for the more than an hour drive from her house to the mikveh. Though her sister is not religious, she understood the importance. Sarah’s first “stop” in freedom was an extra hour’s ride each way to come to immerse.

No this was not your typical tovelet.

In every way she’s just like you and me. 3 days ago she had a good job, a beautiful house, and money in the bank. And today she’s a refugee with nothing but what she could carry.

I have been a balanit for many years. I’ve seen so many things and helped women of all kinds. I’m always inspired by helping women to do this incredible mitzvah. The chaos going on in the Ukraine has devastated the world but, during times of such devastation, stories of strength and freedom often emerge. When I saw the lengths that Sarah had gone to I wondered, would I have done the same?

My thoughts turned to words and I asked Sarah, “Why was it so important to you to come? Why didn’t you just wait?”

When the bombs were falling I was crying. I was scared. I was holding my son and all I wanted was a hug from my husband. But I couldn’t because I hadn’t yet gone to the mikveh. I needed the comfort, but I realized that real comfort doesn’t come from a hug. It comes from Hashem. When you immerse you are connecting to Hashem’s simple oneness. We’re not the first ones to go through hard times. But our Emunah (faith) is what carries us through and what will protect us.

I thought about the significance of not being able to physically touch when that can provide so much comfort in such a hellish time. It brought home the idea that real comfort comes from Hashem. It was such an Emunah lesson for me to hear her clear, simple truth of keeping the mitzvah.

Her Emunah was so strong. It was so simple. And so inspiring.

No this was not your typical tovelet.

At this time of הסתר אסתיר את פני, we understand that it’s often the private, hidden things, that ultimately evidence Hashem’s presence in the world. It’s the simple Emunah that is so important. As we approach Purim, Sarah, like Esther, is a role model for the quiet, female heroism that brings salvation to the Jewish people, and can help us as modern women fighting to keep the eternal spark alive, as we go through our own battle for survival.

The Eden Center heard this incredible story directly from a balanit in Germany, who had the zechut to help a Ukrainian refugee use the mikveh soon after she made it across the border. 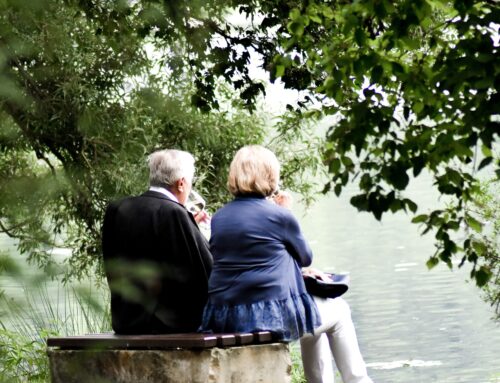