Moving on After Miscarriage: Healing Body and Mind

Moving on After Miscarriage: Healing Body and Mind 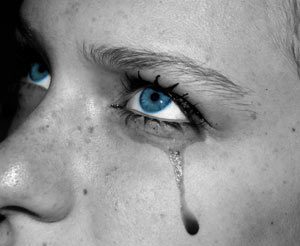 I find it amazing how our physical bodies and our minds are so connected. I’ve always been someone whose body reacts strongly to stress, stomach pains, headaches, but I didn’t realize how strong the connection was until my third child was born.

My first two pregnancies were smooth sailing. Both of the children were born early, my labors short, and while there was pain, it wasn’t t anything out of the ordinary. Between pregnancies number two and three, I had an early miscarriage, between the 7-8th week, which was identified by the lack of heartbeat during a routine ultrasound.

It was an emotionally difficult experience made harder as I had to deal with a number of medical professionals who were unclear about how to proceed. Should I wait for my body to expel the fetus through bleeding or make an appointment to have a D&C? Being yelled at by an ER gynecologist did not help make the process any easier. Perhaps the most difficult part was the lack of control I had over the whole situation.

The most helpful person during the process, was the Yoetzet Halacha.  When I called to ask questions about the length of bleeding, and what I needed to do, she gave me a sympathetic ear, and gave me suggestions regarding my bedikot, that I would never have known about, or even thought to ask.

Though I was far from traumatized by the miscarriage and had hopes of future pregnancies, I did wish I had a way to put a positive closure on the pregnancy. It would have been nice to have a physical way in which to recognize that there was the loss of a life, the loss of a baby whom I was already thinking about and planning for, to quietly embrace the process that my body had gone through in nurturing and caring for this baby – even for such a short time. I felt the lack of a ritual, which would recognize the loss I had suffered, give my body permission to heal and, eventually, nurture new life.

Fast forward to nearly a year and a half later. I was pregnant with a healthy baby, who’s due date was almost exactly a year to the date that the previous one would have been born. The pregnancy was fine but then my due date came and went. I tried reflexology, walking long and far, and a variety of other suggestions which were suppose to induce birth, but my body was unwilling. It was almost as if my body was telling me I wasn’t ready to go through another labor. When my daughter was finally born, nearly a week after her due date, we celebrated this beautiful nearly 4 kilo girl. But the labor was the most physically painful of all my children, and it took a long time to recover both mentally and physically.

I can’t say for sure, but I feel that my body had a memory of the miscarriage experience and didn’t want to “open up“ to allow my daughter to come out. I often wonder what would have been if when I went to the mikveh after the miscarriage, I had incorporated some sort of ritual to help me mark that loss and accept the process my body had undergone. Would the imprint left in my body conscience have been different if I had connected the physical embrace of the mikveh waters, to a mental embrace of my womb? Perhaps a mindful, intentional process, in which the exhale during the tevilla were a parallel to letting go of that life, would have fostered an internal acceptance and reduced the subconscious feeling that my body wanted to hold on to the life inside.

I’m past it now, and thank God even have a 4th child, but every now and again I wonder if a kavanah, selected psukim, or some other ritual expression at the time of tevilla could have helped my body to accept the loss and react in a different way.