Mikveh: For the Women, By the Women

Mikveh: For the Women, By the Women 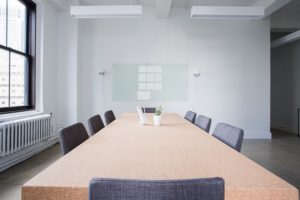 It was about 35 years ago.  Women’s roles within the Orthodox community weren’t a hot topic, but my curiosity was peaked — who was in charge of the mikveh I was frequenting?  To my surprise and dismay, the entire board of the mikveh was comprised of men.

This upset me on two levels.

One was from a tzniut perspective—why were men involved in our space? As many women paid by check it would have been easy for the men to know who used the mikveh and when, which felt a bit invasive.

The other was practical–the men were not doing a good job.   The men’s connection to the cause was minimal, their understanding of the logistical needs were second hand and the mikveh was just not functioning at its highest efficiency. The board’s annual fundraising “boring dinner” actually LOST MONEY ANNUALLY.

So being an activist, I decided this situation required an overhaul.  I volunteered to join the board, and over time I became President of the Mikveh organization.  A new board, composed of women, was recruited.  Having women assume the roles and responsibilities in an organization which, by its essence, helps preserve marital harmony  was empowering and generated synergy and sisterhood. The women of our mikveh organization naturally had an added incentive to contribute to the high maintenance of the physical premises and overall appearance. On a practical level, because some women had more flexible schedules, they were in the position to meet repairmen, fundraise as needed and schedule balanit rotations and substitutions.  I know firsthand that I had a sense of pride when I was asked to “run over and meet” a service representative as if I was assuming responsibility for my “second home.”  Such is the advantage of having women run the mikveh.

Fiscally, my first act was to “retire” the money-losing dinner and apply to the local Jewish Federation to become a beneficiary agency to receive an annual allocation of community funds – a situation which I am very proud to say still exists today.

Being on the administrative/operation side of the mikveh was rewarding, but the most internal satisfaction I received was my time serving as a voluntary balanit and especially to those brides who came for their first experience! To be a part of this most intimate time as a balanit was a privilege that one has to experience – it united the purpose of the facility with the holiness of the experience and gave new meaning to what taharat hamishpacha is all about.

Connecting with the The Eden Center brought back a flood of memories of how precious a moment can be if you can help a woman forge a positive connection with the mikveh! I have a personal hakarat hatov to each balanit who works for the sake of the community. May they be blessed with Hashem’s bounty for the contribution they make to the individual couples and Am Yisrael.

About the Author: Susan Barth

Susan Barth is founder and director of Together in Happiness and its Center for Marriage Education, promoting stronger, healthier marriages impacting Israeli society. A Project Management Professional (PMP) and businesswoman from the US, Susan sponsored and chaired the First International Conference on Marriage Education in Israel (attended by over 360 professionals) in Jerusalem in memory of her parents and launched I-PREP, an innovative marriage education curriculum and is co hosting with MK Yehudah Glick the 2nd International Conference on Marriage Education in November in the Knesset focusing on pre-marital education.