Bring Your Flip-Flops: Fighting Fungus at the Mikveh

Bring Your Flip-Flops: Fighting Fungus at the Mikveh

Sigalit Sfachi, Director of Mazor Natural Medicine- The Institute for Foot Health and a medical pedicure teacher, earns her living from the treatment of nail fungus- even so, she chooses to increase awareness of the subject and gives us some important tips on preventing infection in the Mikveh and in general.

Fungus is a fungal infection that appears on nails, fingers and toes. 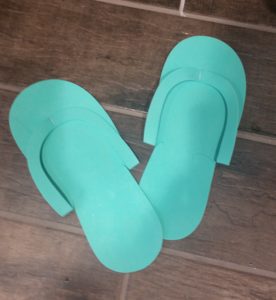 There are numerous signs of fungus- the skin may appear scaly or peeling, sometimes , though not always, the area is also itchy or smells. Between the fingers or toes there may be damp, white material (the texture of cottage cheese) and cracks in the skin. The nails can thicken and separate from the base of the finger/toe. Many times the nails lose their transparency, or blacken, become yellow  or other colors, depending on the type of fungus.

Even if there is no discomfort when the fungus first appears, it is unaesthetic. Beyond that, in many cases the fungus causes cracks in the skin, which create a high risk of infection that can affect the entire leg, lead to infections in the bone and other serious problems.

How can I treat fungus?

It’s important to remember that fungus is not a life long sentence; it can be treated. Treatment, however, is a process, not a magic drug. It is crucial to follow through with the treatment until the end and not to stop in the middle. Even one slightly infected nail is enough to reinfect the whole area.

There are several ways to treat fungus. Dermatologists generally recommend oral medication. These pills increase the risk of liver problems and therefore it is necessary to accompany the treatment with liver function testing.

I recommend natural treatment methods. In my clinic, the treatment includes thorough cleaning of all infected areas (which can also be done at home) once a month, and applying medicated ointment or drops throughout the month. This is a long-term treatment with has proven highly effective. The duration of treatment depends on the condition in which you begin. If you arrive at the initial stages of the fungus, when only the skin is affected, the treatment will probably take a month or two. If the fungus has already reached the nail but is still in the initial infection stage, treatment will probably last for about four months. In more severe cases, when the fungus is more advanced, treatment may take up to a year or more.

Fungus does not usually stop spreading or disappear on its own, rather it continues to spread and infect other areas of the body until treated. It is very important not to neglect the situation and let it deteriorate rather to start treatment as soon as possible. I had a patient who had been suffering for years with fungus in one nail, but tolerated the situation and didn’t seek treatment. After getting pregnant all her nails suddenly became infected and only then did she come for treatment.Pregnancy, like other things, may be a catalyst for the development of a fungus.

The places with the greatest risk of catching  fungus are wet, damp places, such as the shower, pool and mikvah. In public spaces the risk of infection increases. Therefore, the first rule of prevention is to always wear clean flip-flops. There is no risk of infection once in the water since pools and mikvaot are treated with chlorine or disinfectant, but the surrounding areas- on the way from the prep room to the mikvah, in the locker rooms, the edge of  the pool- are potential breeding grounds for fungus.

In addition, trauma sustained by the nail, for example getting slammed in the door,  may increase the risk of contracting fungus because the area is now vulnerable. Fungus is like all viruses and bacteria which are around us all the time, and infect us in opportune moments. 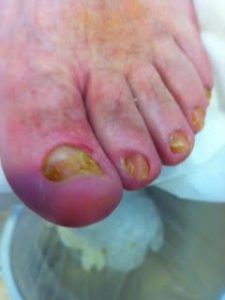 A foot that does not get aired out or cleaned will serve as the perfect breeding ground for fungus, so it is important to use cotton socks, wipe the feet and toes after showering and not leave them damp.

Once you are infected, it’s important not to touch the fungus so as not to transfer it to other places on the body. A special towel should be assigned to the feet/affected area that will not be used for the rest of the body. After showering (at home) it is important to wash the bath/shower with chlorine or bleach so as not to infect the rest of the family. Sometimes entire families come to me for treatment because one of the family members brings the infection from outside and everyone gets infected.

You can never know exactly where you got infected, since it takes a while for the fungus to develop, but it’s safe to 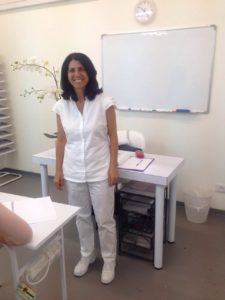 assume that a considerable number of women are infected in the mikveh.

The mikvaot usually provide flip flops, but the balaniot don’t always have enough time to sterilize them, so the risk of infection remains. Therefore, it is highly recommended not to count on these shoes rather bring shoes from home that you know are clean.

In preparation for the mikveh, of course, you should never stand barefoot on the floor. It is recommended to bring your own towel, and if you want to be extra careful, you should also bring the tools needed for grooming your nails.

Balaniot and bridal teachers are at an important junction, and can serve a vital role in hygiene education. It is important to take advantage of this and increase awareness. New brides are not yet accustomed to the immersion experience in the mikveh, everything is new to them and they are excited. They are not aware of the things they should be careful about and what they should not do, but rather are focused on what they should do and how to immerse in the right way. The kallah teacher or balanit can contribute from their knowledge of fungus prevention.

Most women trust the balanit regarding the hygiene of the mikvah and its accessories, therefore, the balaniot need to be aware of, and provide, the highest standard of hygiene and to be aware of what is effective and what is not.

There is a simple way to disinfect flip flops- by soaking them in a solution of water and chlorine or bleach for a few minutes and rinsing them off. It is important to soak them thoroughly, if you do not have time to do so it is important not to pass them on to the next woman.

There are many other accessories in the mikveh that may be a source of fungus. The pumice stone is a disaster, because of the holes in it, it can not be fully sterilized. Things that can not be sterilized should never be shared or transferred from one to another. It is highly recommended to bring them from home.

Files and nail clippers must be sterilized between each use by cleaning them with a toothbrush under running water so that no pieces of skin or nails remain, and then soaking them in the special antiseptic (not alcohol, but anti-bacterial and anti-fungal substances). Soaking alone isn’t sufficient, the instrument must first be cleaned of all biological debris such as  skin or nails..

In the mikvehs with which I work, they do not put the disinfectants in the room since it is not the woman’s job to disinfect the prep room and accesories, rather the balaniot do it in between women.

In a lecture I gave balaniot, they were shocked when they realized that until now they had improperly disinfected the mikveh accessories. Of course they want to do the best for the women they serve and therefore adopted the right methods. During my tours in mikva’ot, we found solutions for every issue and things did indeed change and improve. The religious council in Jerusalem purchased a special disinfectant on my recommendation for all their mikvaot which brought about a huge change in dozens of mikvaot.
Sigalit will be happy to give a free diagnosis and consultation to all interested. You can contact her by phone at 050-7949020 and at: Mazor Natural Medicine 2 Pines Street, Jerusalem.

About the Author: Sigalit Sfachi

Sigalit Sfachi, Director of Mazor Natural Medicine- The Institute for Foot Health and a medical pedicure teacher, earns her living from the treatment of nail fungus- even so, she chooses to increase awareness of the subject and gives us some important tips on preventing infection in the Mikveh and in general. 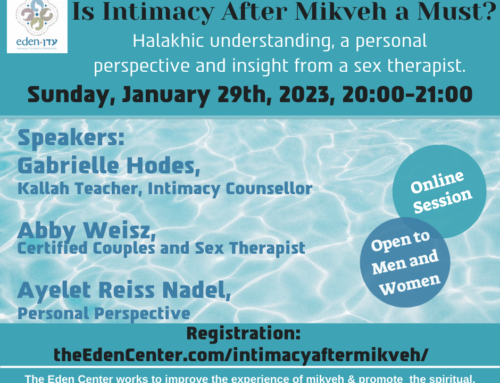 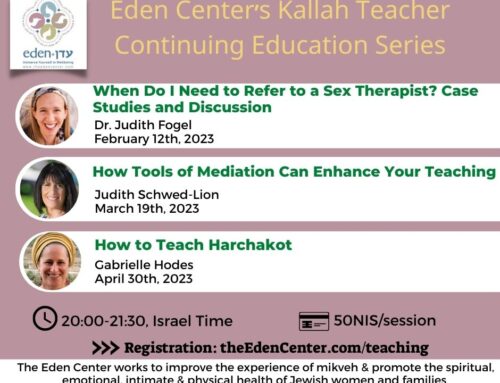 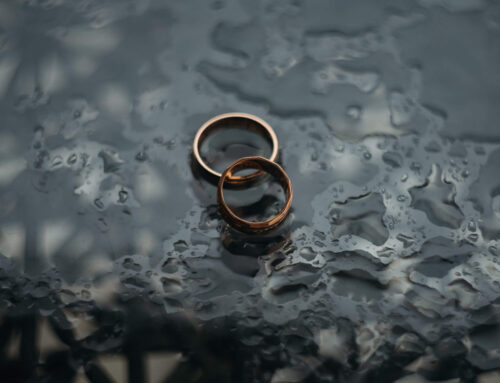