Choosing the Birth Control Right for You; The Diaphragm

Choosing the Birth Control Right for You; The Diaphragm 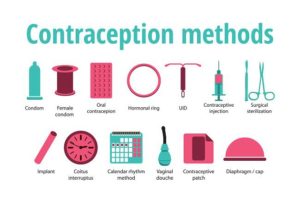 So, do you know where your cervix is?   Not the first question I expected to hear as I embarked on the journey of being fitted for a diaphragm.

I was actually shocked and somewhat embarrassed that I had no idea. Just turning 30 years old and being a year post-partum, I managed to have no idea where my cervix is. It was at this very minute that I realized that I have a long way to go before truly becoming intimate with my body and everything miraculous it can offer.

When I got married, I went on birth control. After I had my first baby, I went back on birth control. I really didn’t think much of it. The doctor prescribed it. A different pill for nursing and then back to the original pill once I weaned.  Everything was fairly systematic and fairly straightforward. Take it for 21 days, stop and then a period. 12 days later you go to the mikveh. And repeat.

Until the first migraine arrived. I remember the throbbing pain as if it happened yesterday. From one minute to the next, my head became so heavy I couldn’t lift it up. Powerful nausea overcame me and I couldn’t get out of bed. I was so dizzy I nearly dropped my baby. I stayed in bed for the next 48 hours- a migraine hangover, according to Dr. Google.

I happened to be going to my OBGYN the following week for a check-up and non-hormonal birth control was something that had been in my thoughts for some time, so I made sure to bring it up. I somehow remembered nearly three minutes before my 15 minute appointment ended to mention that migraine I experienced the previous week. What he said next blew my mind. He said if I ever got a migraine again to stop the pills immediately and to go to Terem- that there are high correlations of stroke and blood clots with birth control pills, specifically YAZ and Yasmin. The internet is filled with reports and findings one after another on incidence of stroke and blood clots among many other health problems. WHAT? Was I supposed to know this because I was expected to take the instruction manual seriously? Who thinks it will actually happen to them? Because most people actually are fine, until they’re not.

This was the last straw. I also was really unhappy with how my body felt on the pill- but an increased risk of stroke and blood clots? Even if the risk was so small, I couldn’t take the risk anymore. Making my mind up from the only thing I had known was a big and exciting step, but little did I know that was the easy part. Finding information and finding someone with the time and patience to explain everything was the next challenge. And a costly challenge it was as well. I set out to explore unknown territory-literally within my own body and within a niche that it is nearly impossible to find information on.

I was fortunate to have had contact with some amazing women in Jerusalem who dedicate their lives to making the world of women’s health and sexuality a better place. A more informed place. I got in touch with them one by one and I wanted to know everything. What is a diaphragm? What is an IUD? Tracking my fertility? What does this all mean and why does it cost me less than 25 shekels for a pack of birth control pills and over a thousand shekels for a piece of material? I was in shock. First of all, my doctor told me to make another appointment to talk about different options with him- which the first available appointment was in 3 weeks. Second of all, why is this so much money? Why do I have to know someone who knows someone to find information on something I heard about once, maybe twice. Why is this such a mystery? I was blessed to know someone who explained to me all of the options so patiently and with so much compassion, for free compared to the other non-realistic option to sit with someone and learn about everything non-hormonal, for 700 shekels. With the help of social media, and basically only social media, I was able to become connected to invaluable resources.

I decided to do the diaphragm route- I found someone who seemed really experienced and knowledgeable and really passionate and dedicated to the cause of women’s health.  I am really excited to begin this new and intimate journey with my body and to learn how to personally take charge and be in control over my body, my beautiful, feminine body.

Yes, I paid over a thousand shekels. But, I finally do know where my cervix is.

About the Author: Erika Mandel

Erika Mandel visited Israel in 2011 (and never left) after receiving her masters in social work from Columbia University. She's currently living the dream in Jerusalem with her husband and toddling sabra baby and works in hotel hospitality.