The Juxtaposition of Blood and Water in Parashat VaEra

The Juxtaposition of Blood and Water in Parashat VaEra 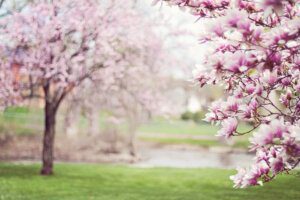 My best mikveh experience took place on a balmy night in Jerusalem. Israel’s Supreme Court had recently ruled that women were allowed to immerse alone without an attendant. I mumbled my request for this, and was ushered to a room with its own mikveh pool inside. The room was far from luxurious, with dated tiles and exposed pipework. But there was something warm and comforting about it. I remember colourful glass in the windows, and fluffy mismatched towels.

We were trying for our second baby, and after our the years of waiting and fertility treatment for our first child, were at the point of starting IVF for baby number two. This mikveh visit represented so much more to me than its regular halachic use, marking the end of my period (known as a time of “niddah”). It represented acceptance that we were heading for more doctors and needles and anxiety. It represented accepting my body and its seeming limitations. It represented welcoming a point in my life where an old self was left behind and a new self taken forward.

I took my time in the water, appreciating the fact that no attendant was watching or waiting, and that there was no pressure to do the dips and say the bracha quickly. So I lingered. Each dip represented something new – my past, this moment, my future story.

On the way out, I thanked the attendants and mentioned my upcoming IVF. “May you blossom like the shkeidia (almond tree)” said one of the ladies. It was Tu b’Shvat, the festival of trees. I walked home glowing, savouring the sight of growing figs and scent of bougainvillea on Jerusalem’s streets.

Water has a powerful role in revival, new possibilities and wellbeing.

Water is no stranger to this week’s sedra, Vaera, where we see the River Nile turned to blood in the first of the ten plagues. Ideas of revival and new possibilities are also present – in this sedra, the Israelite slaves in Egypt receive a first glimmer of hope that they will see their own revival and freedom from enslavement.

Water and blood – two recurring substances in Judaism. The Nile’s bountiful water in this sedra represents life, and blood represents death. With the plague of blood, the fish in the Nile died, doubly contaminating the water. The commentator Rashi notes that the River Nile was worshiped by Egyptians of the time. So the sight of the Egyptian deity – and Egypt’s source of life and hydration – transformed to a substance connoting impurity and death would have been a chilling omen and a sign of the power of the God of the Israelites to upturn reality.

We know how the story ends – the painful freeing of the Israelite slaves, and the drowning of Egyptian soldiers in the Reed Sea, through which the Israelites walk to freedom. In this context, the opening image of water turning to blood feels simultaneously fitting and ominous.

So water in the Exodus story viscerally marks both possibilities and endings, both birth and death. A bit like a mikveh.

Water is deeply resonant in Judaism. Salt water at the Seder conjures up Egyptian tears. The seasonal prayer for rain reminds us of our origins in a land which relies deeply on rain. Water has the power to conjure memories, transform and heal. Mikveh presents a beautiful answer to the many needs for healing in our lives.

This is not just limited to Judaism, and washing or immersing rituals are found across religions (baptism, for example, evolved from mikveh). The anthropologist Mary Douglas wrote: “Breaking up all forms, doing away with the past, water possesses this power of purifying, of regenerating, of giving new birth”. Mikveh is our Jewish answer to this ancient power, and it is time we embraced it even more.

Miriam Lorie is a graduate of The Eden Center kallah teacher training program. This post is based on an article she originally wrote for the 18th January 2021 launch of the UK Wellspring project. For more information: www.tinyurl.com/wellspringlaunch

About the Author: Miriam Lorie