A Total Cleansing: The Mikveh before Yom HaDin

A Total Cleansing: The Mikveh before Yom HaDin 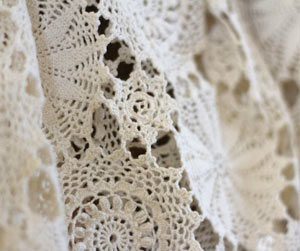 On Erev Yom Kippur this year in Toronto, there will be long lines at the women’s mikvaot. “The atmosphere at the mikveh is one of hustling and bustling, everyone is in a rush; a good kind of rush, where we all feel a sense of urgency while waiting our turns for a room,” says Diana Melnick, a high school educator and a kallah teacher. “However, once it’s your turn, no one would dare to disturb you and you are free to be in the mikveh for as long as you need to daven.”

Diana is one of many women who visit the mikveh during the day on erev Yom Kippur not as part of the monthly process of purification, but as a spiritual practice to prepare for Yom Kippur itself. In her community, as elsewhere, the local mikvaot have set open hours for this purpose. In Toronto, the practice is especially popular among Chassidic women, but the crowds there are made up of many types of women.

Going to the mikveh on erev Yom Kippur brings a sense of spiritual focus to an otherwise busy time. “It really forces me to stop the whirlwind of cooking, cleaning, kids, et cetera, and concentrate on thechashivus [importance] of the day.”

As a kallah teacher, she appreciates the opportunity to focus on mikveh as a means to a greater goal, an idea that she strives to communicate to the women she teaches. “I am always emphasizing to my girls that yes, we are learning many halachos [laws] about going to the mikva, preparing for the mikveh,” she says. “But the ikkar [most important thing] is what happens when you get home from the mikveh, when you are able to bring the shechina [Divine presence] into your home by being intimate and receiving pleasure from your husband.” On erev Yom Kippur, that distinction between spiritual goal and ritual tool is more apparent.

For the Eden Center’s director, Dr. Naomi Marmon Grumet, erev Yom Kippur is a family affair. She brings her girls with her, and her husband takes their son. “It’s very powerful for me that my kids also relate to the concept that however we arrive, the water accepts us–it is not mekabel tumah [able to become impure] –but softly opens its embrace, and lets each of us wash away our own personal ‘dirt’ while uniting us together. We find it a very meaningful way to get everyone (even our young kids) into the Yom Kippur mood, and the understanding that there is a process of change and cleansing that goes on. On Yom Kippur, we want to meet God, and engage His Mercy. Going to the mikveh helps me to move past the physical cleanliness and think about true internal purity.” Like Diana, Naomi finds the mikveh trip to be a welcome break from the intensity of a solemn time. “With all this serious stuff we talk about, often the kids laugh and splash, and that brings it down from a lofty, serious, heavy experience, to a very real, natural and connecting time for all of us.”

Rebbetzin Emuna Witt Halevi, a Jerusalem-based Torah teacher and doula, also visits the mikveh with her family. Because erev Yom Kippur is the only time that unmarried women regularly immerse, she made it a practice to take her daughters, and later her granddaughters, from the time they were four or five. “It’s kind of a bonding thing,” says Rebbetzin Emuna.

These trips also serve as an educational opportunity. Rebbetzin Emuna feels that because her daughters immersed with her on erev Yom Kippur as they were growing up, they became accustomed to the mikveh and came to see it as a place of holiness and spirituality. “They really were brought up with a positive experience. When they were learning to get married, mikveh was a part of their life already.”

Now that she is a grandmother, Rebbetzin Emuna appreciates the personal opportunity to go back and reconnect with the mikveh on erev Yom Kippur. “It’s a real cleansing, a new person, a new neshama.”

To hear a Shiur about the concept of Women’s Immersion on Erev Yom Kippur by Rabbanit Iris Zinger:

For a partial listing of times and locations for women’s immersion in Jerusplease check out this post.

About the Author: Chaya Houpt

Chaya is a writer and teacher living in Jerusalem