A Place for Me to be Reborn

A Place for Me to be Reborn 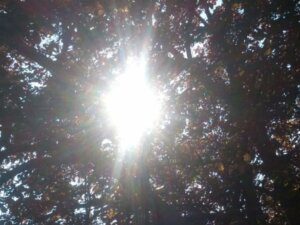 I used to love mikveh. In fact when I was getting married, the thing I was most excited for, more than anything else about the wedding, was to go to the mikveh. I could not wait to wash away the years of impurity from my body and prepare myself fully to commune with Hashem (and my husband). It was no less than I expected. Those warm waters washing over me like a wave of fresh air. I emerged from the mikveh a new person. I had been reborn. And I couldn’t wait to go back.

I only went back two more times when I could truly feel the mitzvah in its entirety. Enjoy the preparation. The separation. The counting down the days., I was doing a mitzvah all on my own and no one else knew. Just me, Hashem, my husband. A perfect little threesome. Our little secret. I would enjoy the day of mikveh as if it was my wedding day again. Pamper myself all day, take time off work, and prepare to feel that reconnection with myself and God that were so necessary for me and my husband to be close. Feel the waters. The rush. The swish. The holiness. The excitement. The bliss.

After the third time I got pregnant. The next 6 years I was either pregnant or nursing and only went to the mikveh a handful of times. And all the times I went I was so rushed, exhausted and totally out of my mind with baby brain that it’s a miracle I got there at all. But, I still loved it. I still loved the notion of cleansing the impurities from my life and starting over. A rebirth so real that sometimes I could literally feel the anger, frustration or any other trait I didn’t like, washing off of me like dirt. And I would come out, clean, pure and ready to try again. Ready to work with my husband once again at living holiness.

Then my husband was severely injured in a work accident.  He entered into a state of constant pain. Our lives were changed forever. He slept almost constantly during those following years as it was the only thing that would stop the pain. I stopped nursing. Stopped being pregnant. Stopped the cycle of life entering our life and began the process of trying to stave off death. And for the first time in my life, began going to the mikveh on a regular monthly basis. This time, mikveh was a chore. Married to a husband in so much pain physically, spiritually and emotionally that he could have cared less if I went. In a situation in life where my only desire was to keep afloat. Every day survival, who can deal with this extra burden of having to fulfill mikveh when our life is so hard as it is? Busy? Beyond belief. Overwhelmed. Overburdened. Spiritually aching. How could I worry about doing bedikot, wearing white underwear and doing mikveh prep when I barely had time to sleep? But. I kept doing it. My husband didn’t care, he was in too much pain to even notice if I went.  Mikveh was no longer a mitzvah for him. It was now a mitzvah purely for me. A true mitzvah.  Ivdu et hashem b’simcha. Do our mitzvot with joy.  At first I felt guilty, there was no joy left in this mitzvah for me. For almost a year I went and prayed and just kept begging Hashem to please let me get through going and the aftermath of my husband being asleep (as usual) when I came home. I davened that He would carry me through. See my desire to fulfill His will despite all else and maybe that, maybe that would be the merit we needed to return our lives to how they used to be. Maybe that would tip the scales.

My lowest mikveh night was in the winter. I had to be out with the kids all day. Had asked my husband to turn on hot water so I could have a hot bath when I came home, but he forgot. He was asleep. So my bath was cold. In the winter. With no heat. I started to cry. Big, massive tears. Why should I go to mikveh Hashem?? This mitzvah is for You and You alone! And I am doing it for You! And yet You still make it so hard! And I cried and cried for an hour sitting on my toilet. Naked. Head in my hands. And I thought maybe I really won’t go this time. Maybe this is the time that mikveh becomes unimportant. Maybe this is the end of my connection. But then a thought came to me. Mikveh was never easy for our ancestors. They had to go in oceans. Lakes, freezing cold mikvehs in Siberia. The list is huge. So much suffering. Just for this one tiny mitzvah. This one mitzvah between woman and God and no one else. So much suffering, just to connect. And they did it. Enough women did it, that we are still here. So I picked myself up and started to get ready to go to the mikveh.

After that experience, I had a few months where I went to mikveh with that mindset. Maybe I don’t like doing this, but, I love Hashem and my connection with Him and I want my children to have that. Best chance I have is to go. So I kept going. Disappointments, difficulties, never a good night, my husband always asleep. The mitzvah was between me and God and the continuation of the Jewish people and that’s it.

And then one day when I was getting ready for mikveh, Hashem gave me a huge bracha. He gave me the true desire, in my heart, to go.  It was like all of a sudden a weight had been lifted off of my Neshama and my true desire to go, connect, cleanse and rebirth all came back to the surface and I felt like a Kallah again. It didn’t matter that it was hard or that my husband wouldn’t be awake or care at all. It didn’t matter that the past few years had been so hard I felt a massive wall between me and God……. because at that moment, he cracked the wall and was allowing me in. I got ready for the mikveh, b’simcha. Wanting to reconnect. Wanting to cleanse. Wanting to get rid of the impurities in my life and be born anew, ready to face the world in a clear and true way with Hashem and my husband beside me.  I went to the mikveh, and let the warm water rush over me. And cried tears of joy for what felt like an eternity. The balanit slowly backed out of the room quietly and let me just stay and sway and cry as I held myself in the mikveh waters. As Hashem held me in the mikveh waters. Maybe, just maybe, things would be ok.

I held on to that moment for a long time and it is what kept my mikveh experience positive during those times.

A year past. My husband’s condition which was normally very difficult and debilitating, suddenly took a downward plunge and he ended up hospitalized. For the first few weeks he was in the hospital we had no idea what was going on, if he would live, or if he did live, if he would ever be able to communicate again. Into the first week of the hospitalization, one morning while I was at his bedside, scared,  confused and lonely, I realized I was supposed to go to the mikveh that night, I had still been doing bedikot daily but in a completely rote way. I called my Kallah teacher who also happens to be my good friend. She told me that I absolutely did NOT need to go and that I could touch my husband regardless. I thought about it all day and decided, no, I wanted to go. I needed to go. I needed to feel normal and mikveh was normal. So I ran home, worked out someone to be with the kids and prepared to go. I walked into the mikveh building and the balanit looked at me and could tell something was wrong. She asked me if I was ok. No. I answered. I was not ok. My husband was in the hospital and I didn’t know if he would ever be coming home. I began to cry. I stood at the entryway crying. The balanit, a gentle and kind older lady, came over and held me in a bear hug while I cried on her shoulder. She said you don’t need to be here, you know you can go home. No. I said. I needed to be there. It was the first time I was allowing myself to feel the pain of what I was going through with my husband in the hospital and I cried through all the mikveh prep. I walked into the mikveh and the balanit asked if she should stay. I said, yes until I had dunked and then could I have a few minutes alone. She said sure. Once she had muttered the last “Kasher” I held myself tight and imagined Hashem holding me and rocking me and whispering into my ear “It will be ok”.

I left the mikveh feeling cleansed. Cleansed of the intensity of the fear and confusion that I had been walking around with. Feeling cleansed and ready to face the immense challenges to come. I went home and put my kids to bed. Once they were asleep I walked into my room and plopped down on top of my blankets and fell into the deepest sleep I had had since my husband had gone to the hospital.

My husband got better. He came home. Our family began to heal. My trips to the mikveh continued. But they would never be the same as before.

Some more years later and I am now back to not going to the mikveh regularly as once again I am nursing a new baby. I think often of the warm mikveh waters washing over me and look forward to when I will start going regularly again. Excited for once again dunking and feeling the water like a wave of fresh air. To feel the intensity of Hashem holding me while I sway,and to hear Hashem whispering in my ear “It will be ok”.

In a world and life of ups and downs and steps forward and steps back, I am thankful there is a place to go once a month to be reborn.

About the Author: Devorah