Halachik Considerations of the Repeal of Roe vs Wade

Halachik Considerations of the Repeal of Roe vs Wade 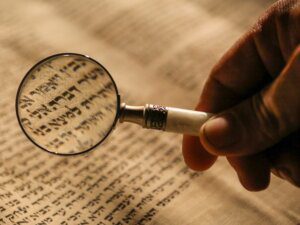 Recently, the Israeli government ruled that women no longer have to go through a medical committee for approval to have an abortion, enabling women more personal freedom and control over the decision making process with regard to the right to an abortion on Israel. By contrast, the US Supreme court just overturned Roe vs Wade abolishing a woman’s constitutional right to decide for herself whether to have an abortion. In light of these monumentous changes, we’d like to review  the approaches to abortion within Jewish sources and halacha.

Biblical sources illustrating Judaiasm’s philosophy on abortion begin with Bereshit 9:6, commanding the children of Noach, שֹׁפֵךְ֙ דַּ֣ם הָֽאָדָ֔ם בָּֽאָדָ֖ם דָּמ֣וֹ יִשָּׁפֵ֑ךְ – “whoever sheds the blood of man through man shall his blood be shed”. Sanhedrin 57b interprets this as a prohibition against feticide, and further teaches that prohibitions for the children of Noach also extend to Jews (Sanhedrin 59a). Shemot 21:21-23 describes a fight during which one party unintentionally harms a pregnant woman. If the fetus dies, the perpetrator pays damages to her husband, but if she dies, he faces capital punishment. This distinction suggests that the status of the fetus may not be the same as the status of the mother.

The Mishna further develops this approach, permitting an abortion when the fetus is in the womb but prohibitting it once it partially emerges. The Mishna in Ohalot 7:6 teaches that if a mother’s life is in danger during childbirth, one must abort the fetus because the life of the mother takes precedence.  However, once the fetus has partially emerged, one may not harm it since we do not destroy one life for another.  Rashi in Sanhedrin 72b on ‘yatza rosho’ explains that before the head comes out, the fetus does not have the halachic status of nefesh (a living soul).  Once it emerges, it is a nefesh and we do not take the life of one nefesh for another.   In Hilchot Rotzeach v’Shemirat HaNefesh 1:9, Rambam suggests a different reasoning, stating that the even though the fetus is a nefesh, one may dismember it in the womb since it is a rodef (a pursuer), threatening the life of the mother.

Contemporary poskim continue to debate the halachic status of a fetus and the permissibility of abortion under specific circumstances.  In the Tsitz Eliezer 13:102 and 9:51 (Shaar 3), Rav Eliezer Waldenburg, a leading 20th century  authority on medicine and Jewish law and the rabbi of Shaarei Tzedek hospital, permits abortion when there is life-threatening condition, and even in cases of non-life-threatening danger to the mother, such as “to cure her or alleviate great pains” in cases of adultery, rape, or a defect in the fetus. He rules that ideally, abortion should occur before 40 days from conception when the fetus is considered mayim ba’alma (a sack of water) (based on Yevamot 69b) or before three months (based on Niddah 9b).  However, for Tay Sachs, he permits abortion until seven months.  In support of his position, he cites Rashi, Sma, Tosfot, Maharit, Ben Ish Chai, Chavat Yair, and Rav Yaakov Emden. He concludes by charging those following his teshuva to approach abortion with the utmost gravity.

A story relaying Rav Shlomo Zalman Auerbach’s approach to a case of a woman who came to him about aborting a Tay Sachs fetus illustrates the complexity of this topic and the need for extreme sensitivity (listen at minute 15).  Her doctor contacted Rav Shlomo Zalman Auerbach on her behalf to ask if she might abort.  When Rav Auerbach prohibited it, the doctor asked him to reconsider and Rav Auerbach instructed him to contact “a famous posek in Jerusalem” (Rav Waldenburg), who would permit the abortion.  Though he did not feel he could personally give such a ruling, he respected the opinion of other poskim who did, and understood the gravity of the issue and the importance of sensitivity in this delicate and emotionally charged topic.

In conclusion, we see that Halacha has a nuanced perspective on abortion, neither categorically prohibiting nor unconditionally permiting it. Depending on the circumstances, halacha might classify abortion as retzach (murder), or it may be deemed as  alesser prohibition such as hashchatat zera (wasting seed) or chovel (wounding), which under certain circumstances can be outweighed by other halakhic considerations.  Halacha also differentiates between degrees of life and the status of a fetus in the ruling of whether an abortion is permissible. Thus we see that although halacha does not permit abortion on demand, it does allow it under specific circumstances. In our conversations following the rulings in Israel and the US, it behooves us to learn from the example of poskim throughout the ages who disagreed on this issue but nevertheless held each other’s views, and society’s needs, in the highest regard.

The first edition of this blog was shared on Shayla – the halakhic internet responsa of the halakhic respondents in Matan. Posted here with permission.