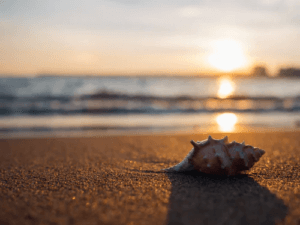 A Hebrew version of this post was published in Gluya magazine.

Despite the rising awareness about sexual assault in recent years, a number of blind spots remain in our understanding of the daily experience of the women affected. One example is immersion in the mikveh, especially women’s encounter with the mikveh attendant. This blog is a call to open our eyes and create a discourse about the mikveh’s space—safe yet exposed—based on the personal experience of a survivor dealing with the overpowering emotions that surround her monthly experience.

In recent years, awareness about sexual assault among children has grown, but, nonetheless, and despite attempts to reduce the shame and the emotional baggage attached to the subject, the discourse has remained blind to the “darker corners” of assault’s effects. There are still numerous blind spots in the care given survivors and in our ability as a society to alleviate their confrontation with both past and present.

One of the darkest corners that lurks for female rape survivors is immersion in the mikveh—an experience that can overpower women with unimaginably difficult emotions.

Married women’s monthly visits to the mikveh are preceded by rigorous preparation in both body and spirit. For someone whose body is a site of traumatic memory, scars, and pain, the obligation to confront oneself rigorously on a monthly basis can be experienced as oppressive and threatening. You cannot escape from your body, from what is held inside it; it is written on your skin. The presence of the past, as it is reflected in your body, sends you back to moments you only want to forget.

For a woman who has experienced sexual assault, any word, any look—even an innocent one, free of judgment—can be a trigger for overwhelming trauma. She can find herself flooded with unbearable images, memories, experiences. In the encounter, when she is naked and exposed in front of the mikveh attendant—an authority, who tells her in businesslike fashion what to do, who looks at her body with a piercing look, and at times offers her a gesture of closeness or embrace—all acts can be interpreted and experienced as a taboo or aggressive intrusion into her personal space.

And it is not only the woman’s external appearance that is threatening. The encounter with the self can be unbearable. Self-judgment, self-esteem, and inner turmoil make every “simple” word from the halakhic field—like kshera (kosher) or tehora (pure)—scratch the living flesh, make it bleed. These words can sometimes function as triggers, arousing foul feelings and experiences. Am I kshera? Am I tehora? Am I whole? In her inner experience, her physical and mental wholeness has been stolen from her.

I peel away skin, layers that I donned in order to be.

Coverings and clothing fall one after another and I remain alone in my body.

As in the most vulnerable of states, ready for the connection

I peel away layers, layers of memory that I covered

Until they were struck silent with years of dust.

As in the most vulnerable of states, standing strong

Against body, against soul.

A cycle of a life born every day, every month

Illuminated in nakedness, as it is,

As it is today.

Looking in the mirror, I probe,

With a probing look, readiness for purity, space by space

Reflected outward and back.

A life cycle like the moon waning and waxing

From month to month, from year to year

I don a life story and remove it again.

A life cycle like the moon waning and waxing

From month to month, from year to year

Layers of life revealed as I peel

Layers of clothing reflected in the probing mirror.

Like a narrative woven to threads that touched my body,

Like a map that is the words of a life story,

Of a furrowed life, of a month of existence.

And the tears of rainwater, springwater.

Take Me under Your Wings

Each woman immersing needs the attendant accompanying her to show sensitivity. How much more so when the woman descending into the water has undergone sexual assault. Looks, statements, comments, or gestures that are ill-chosen can arouse intense distress.

The law allowing women who wish to do so to immerse privately led to great relief—yet, still, when a woman who carries the weight of sexual assault comes to the mikveh, she finds herself in an innately inferior position by virtue of the fact that she is exposed before the attendant, who stands clothed above her. At times, within the emotional maelstrom of the situation, the woman lacks the strength to make this demand, even if it is enshrined in law. Not every attendant takes kindly to the request. It is therefore important to increase awareness among the attendants; especially in such situations, attendants must display exceptional sensitivity and an understanding that the woman before her needs her understanding to alleviate the situation’s complexity.

A Proposal for a Different Immersion

Having laid out the difficulties and the contexts that a survivor carries with her when coming to immerse, I would like to offer a practical proposal for softening the encounter between the survivor and the mitzvah—most noticeably, between the immerser and the attendant. These insights have germinated within me primarily as a result of a different immersion that I experienced. After years of immersion in which I felt injured, with mikveh night leading to tears, thoughts, and attempts to escape what I viewed as an unpleasant responsibility, I encountered a different attendant—one who saw me and my needs and accompanied me in the ceremony in a way that gave me the response I needed.

Upon first meeting her, I already felt the difference. The attendant invited me to enter the immersion pool, a gentle request with no trace of impatience. I noted at the time that this was a positive and appropriate way to open the experience, lessening the tension with which the woman comes to the mikveh.

The attendant made sure to walk ahead of me, on the way to the immersion pool and on the way back, in order to avoid giving me the feeling that she was looking at me from behind. Thus my usual sense of suffocation—the sense that someone is watching me and trying to keep me from “escaping”—evaporated. Each move expressed great consideration in safeguarding my sense of privacy in a way that would befit each attendant, with each woman.

When we reached the immersion pool, she asked me if my custom was to say the blessing in the water or outside—that is, the Ashkenazi or Sephardi custom. With this question, she meant to adapt herself to the needs of the woman immersing. Should she be present before the immersion, for the blessing, outside of the water? Or should she withdraw and return once the woman is in the water, when she immerses and says the blessing? I replied that I say the blessing inside the water and she left, telling me that she would wait for me to call her after I entered the water. I could then remove my towel in total privacy, and enter the water without an examining eye.

Throughout the process, the attendant avoided surveying me with a look or examining or checking me. When I exited the mikveh I also had my privacy; she waited patiently behind the door, in the hallway, and accompanied me back to my private preparation room.

At the end of the experience, though I was as emotionally broken and shattered as always—I felt that the space that was sacred to me had not been desecrated; it had received its due respect. Immersion will continue to hold difficulty, struggle, and complexity for me, but with this experience, it became more possible.

A finger touches the waters coming to her,

Responding to her soul, calling for the life in them to come.

Touch her, a soul being born,

The extension of a woman immersing in hope

Of dawn and sunrise.

The forces of the world, nature in that which is created,

Is formed in the reflection of deep-water.

Ripples and waves of thought move

In the pulse of a finger

That touches her heart, touches the living water.

Beyond the practical dimensions with which the attendant can make things easier for women who have undergone assault, the intention and empathy with which she comes to the mikveh are crucial. Immersion cannot be taken for granted for many women and each comes to the mikveh in a different emotional state. Some feel that immersion is forced upon them for the sake of shalom bayit, others come with a different burden, such as relationship difficulties, barrenness, and more, and some come with concerns about the sexual encounter that will take place after immersion.

The attendant must therefore approach her job with great awe, understanding that not all women coming to the mikveh are alike. Patience, gentleness, respect for privacy, identifying a woman’s desires if she wants assistance or if she experiences it as coercion, understanding that some women need more time and cannot be rushed—all of these are of utmost importance in the success of the immersion experience.

What Story Do You Tell?

Attendants should be attuned to situations of domestic violence, even if they are not legally bound to report any suspicion of violence or injury. But insight is essential for identifying whether a woman’s sensitivity attests to a suspected vulnerability in the present or stems from such injury in the past—a woman who carries pain can presently live in a healthy and aware relationship. The mikveh attendant should not jump to conclusions or rush to contact social services. It is preferable that the attendant gently and carefully embark on a discussion to clarify the state of things and the needs of the woman in order to understand the situation correctly, and potentially refer her for help.

My great hope is that these words bolster awareness and alleviate—even a little—the baggage and difficulties that survivors carry with them when they come to the mikveh. May God grant each one healing in the right time and place. Would that the mikveh could serve as a place of healing—or, at the very least, not become a place the reopens wounds.

I immerse between death and life in pristine waters

Stripping off the cover of clothing,

Stripping off the cover of years

And remaining in my nakedness—

Between being and looking

I take one step—one step and another,

I enter the ethereal waters,

I enter the place that aspires to touch genesis,

Internally pristine as if before generation of the flood.

I immerse and the power of the word touches me—

blessed, berukha, is the open abyss

About the Author: Rachel Shay 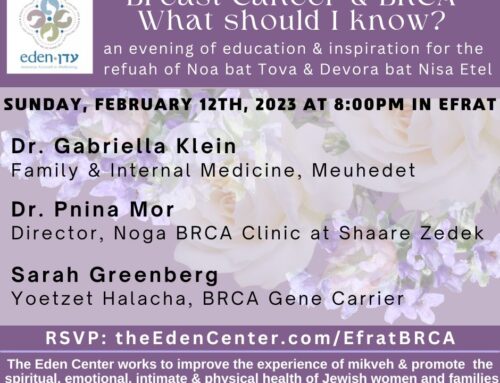