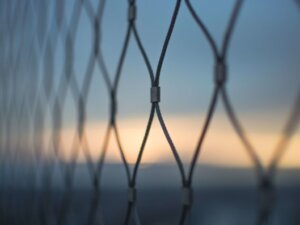 To further educate mikveh attendants and the larger community about the challenges of disabled women at the mikveh, The Eden Center is collecting stories from women with a range of physical and emotional disabilities.  Here is but one tale of a tovelet/turned attendant.  Thank you Cher for sharing your story of challenge and contribution.

I have been disabled since I turned 19.

When I was in my first year of Stern College I started to experience some symptoms; my handwriting became illegible and my voice became a monotone.  Within a few months, my right foot kicked my left ankle when I walked.  One day I was in the kitchen helping my mother make a salad and she asked me a question. I literally couldn’t answer her.  My lips were so tight they wouldn’t move.

At first I was diagnosed with “hysteria”.  I knew I wasn’t crazy but no one could identify an illness.  I married a wonderful man, figuring that if indeed it was hysteria a whole new life in a totally different place with different friends would surely snap me out of it, but- I was wrong. The symptoms persisted.

Two years later I was diagnosed with dystonia.  I was so happy to have a name to my illness and to be able to say to myself and the world that they were wrong – it wasn’t in my head.  However, dystonia is a very rare disease with no known cause and no known cure.  It limited my speech and mobility to the point of me being unable to speak easily.

My husband and I were totally devastated to learn I had a chronic illness  No one knew how to deal with me. People were afraid of me – afraid they would catch what I had. I became the dystonia guinea pig trying one medicine after another.   To no avail.

On a more personal level, when you get married you have many dreams and fantasies and goals of  how you are going to grow, impact yourself, grow together, impact one another and how you will impact the world as a couple. But we couldn’t do any of that because I was pretty much non-functional and depressed and he felt at a total loss as to how to help me.  My illness put a terrible strain on our marriage. It turned me into a total introvert causing me to feel locked in – locked into a world of silence that reverberated so loudly in my head.  I was shut off from myself and shut off from the world.

After 13 years of trying to get well with medications with no results I decided to stop the meds and try to get pregnant.  Hearing the Torah portion on Shabbat Breishit about having children and raising a family, I decided I wasn’t willing to forego this holy endeavor. Despite the medical warnings I decided to take that “leap of faith” knowing that Hashem knew what I could handle and that He would make sure that I got what I needed.  And indeed I conceived a child.  Baruch Hashem we have three healthy children and we have created a life in Israel.

I loved going to the mikvah because it allowed my husband and me to communicate purely on a physical and emotional level; we were able to connect without the burden of speech.

Going to the mikvah was hard in 3 areas:

1) I couldn’t talk.  All I did was shake my head yes or no to the balanit’s various questions.  I could do that.

2) Since my balance wasn’t good I was afraid I’d fall so I needed help to get down the stairs.

3) Dunking under the water was terrifying.  Before I got sick I was an excellent swimmer but since I got ill I felt like I was going to drown as soon as I stepped into the water, so it took me some time to dunk.   But dunk I did.

So, after years of experience, here is my advice:

When a women with challenges arrives at the mikveh, the attendant needs to let her know she is available to make accommodations.  She should ask, “What can I do to make this best for you?” She can try to foresee what challenges will arise ( “will you need help going down the stairs?”)  and how she can help overcome them, but at the core, she should try to support whatever the tovelet asks for— because the tovelet knows her needs and desires best.

The balanit should communicate with the woman normally.  Even though I don’t speak, I do hear and understand and I absolutely hate it when people talk to me like I am an idiot!

Mikveh attendants should not act in a condescending way or ever touch a woman without permission.

Having had some positive and negative experiences at the mikveh, I decided it was my turn to give back.  My disability limits what I can do to serve the community but I realized that mikveh was maybe a place where I could contribute.  I turned the tables.  Instead of being the challenge at the mikveh, I became the balanit.  I wanted to help woman become ready to reunite with their husbands on the physical, intimate side of their relationship.  I took a training course and though I couldn’t work during the week because I wasn’t able to call rabbis for questions that arose, I became a Friday night mikveh attendant when there are fewer questions…

One Friday night in Los Angeles, I suddenly heard a car driving up.  A perfectly coiffed and made up Sephardic woman knocked on the door.  She was not prepared for a Shabbat immersion, to say the least.  I was totally aghast and didn’t know what to do.  I quickly got on my Shabbat adapted scooter and drove over to the nearest Rav’s house to ask him what to do.  There was a whole comedy of errors in how I made myself understood but the end result was that he said I needed to find a non Jewish woman to draw a bath, and take off the woman’s makeup and nail polish.  Where would I find this?

Then I realized that there was a seafood restaurant right next door to the mikvah.  I walked in and spotted a waitress, and by another comedy of errors beckoned her to the mikveh and gestured what I needed her to do.  I can only imagine what she thought – these crazy Orthodox Jews but she did it willingly and graciously.

It was a night I will never forget— the desire of the secular woman to immerse, the support of total strangers and my ability to support a woman, despite my physical challenges.  Maybe because of my physical challenges I was extra eager to help.  I know what it means to be the burden.  I know what it means to make people go out of their way.  And I know how important it can be to a woman to immerse when she arrives at the mikveh– under whatever circumstances.  My disabilities taught me to persevere to help.  And I am proud to be one of many balaniyot that simply want to help others perform a mitzvah.

About the Author: Cher Tannenbaum

Cher is a wife, mother of 3, creative jewelry and clothing designer living in Efrat. Originally from Vancouver, she and her husband lived in LA for many years before making aliyah in 1994.