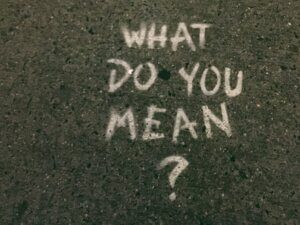 I recently read Ruthie Charendoff’s article entitled Orthodox Jews aren’t allowed to touch before marriage but many still do. It discusses the reality for many young Orthodox individuals, who want to find out more about sexuality, or are already sexually active, but find that within the community,  there’s no safe place for them to talk about these things. It claims that because of the lack of clear discussion, many women go into sexual hiding, act irresponsibly, and feel ashamed or embarrassed to admit what they are doing, or even thinking about.

I heard criticism of the article along the lines of “opening up more discussion is just code for looking for hetairim that don’t exist.” Her detractors (including some well respected educators) want to downplay her desire to dialogue as code legitimizing behaviors which are beyond the bounds of Torah-sanctioned behavior. I disagree.

As the article presents, many of these women “wanted to ask a rabbi about what actions were permissible, but the stigma against asking”, kept them from actually doing so. This is a well-known issue in many schools, where as a general rule, girls are embarrassed to ask questions, be they about proof of God’s existence, Torah miSinai, and especially anything related to sexuality, out of fear of ridicule by teachers for being a disbeliever or a bad girl.

The Jews are known as a nation that questions everything. We are called the ‘Nation of the Book”. The Talmud teaches, “Lo HaBaishan Lomaid” (a person who is afraid to ask doesn’t learn).  But in many Orthodox circles, this seems to have been turned on its head! Girls are afraid to ask questions, as to do so would make them seem bad, or possibly result in them losing a shidduch down the road.

We need a culture that encourages questions without fear of ridicule! I think if the girl mentioned in the article had felt comfortable asking her rabbi or teachers why we should wait until marriage for sex, she may have made very different decisions. Even when schools do finally have “the talk” it is usually too little too late.  Recently I read a letter posted by a 12th grader at a prominent out of town Yeshiva basically stating that by the time the school gets around to discussing boys and girls, most of the girls she knows have already begun experimenting with boys on their own. As she described it, by the time the schools are ready to discuss these topics (11th or 12th grade), the teachers and administrators are already irrelevant in their decision making. But it’s not only girls that are afraid to ask. Boys too get shut down for asking “inappropriate questions” and the results are often tragic.

When I was in day school, in 6th grade, I asked my rebbe about premarital sex and smoking pot. Although I did not have a strong desire then for either, many of my older friends were doing both and encouraging me to do the same, and so I wanted to know what the Torah said. My gut feeling was that these were frowned upon, and if my rebbe would have told me that they were not allowed, I would have listened, since I believed Torah was from God, but since I never specifically heard about either, I thought I should ask. In response, my rebbe ridiculed me: ‘Why would you want to smoke a pot … you trying to catch the house on fire?, hahaha…’,  By not acknowledging the validity of my questions, let alone even attempting to answer, he was in essence, I felt, invalidating the world in which I lived.  How could I learn from a Torah, or keep a Torah, that doesn’t acknowledge that I, my life or my questions exist?

And so, because of that, I left Yeshiva and went to public school (the Land of Sex and Drugs) for 7th through 12th grades. By the grace of God, I went back to yeshiva post high school only after finding elsewhere that Judaism does deal with reality, and does have answers.  But why couldn’t my rebbe have given me answers back when I asked? Why did he have to ridicule me in front of the class for asking? How many kids never bothered to ask out of fear of humiliation?

Personally, I love when people ask me questions. They are a springboard for discussions of values.  I feel strongly that we need to have a culture that intelligently and articulately explains what we believe and why we believe it. That all questions are valid. Including when sex is and is not appropriate. And why.  As long as there is a stigma to asking questions, most people won’t ask; instead, they’ll just do what they want. Some will keep the rules well; others won’t, while living uncomfortably with the guilt that comes with this. So much sin, guilt and hardship could be avoided if schools would get real and deal encouragingly with questions instead of sticking their heads in the sand, pretending they don’t exist, and belittling students they ask. The Torah does have answers for pretty much everything. . What we need are educators who can confidently answer these questions with intelligence, kindness and sensitivity.

About the Author: Mordechai Saxon