A Tale of Two Cities, Before and After

A Tale of Two Cities, Before and After 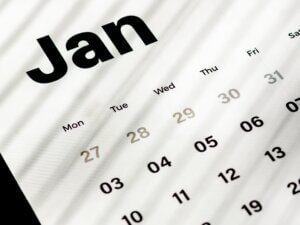 I met my husband when I was twenty-one. He lived in one city, I in another half way across the US. We spoke on the phone regularly for over a month before we finally decided to meet. He came to meet me. It only took that one long weekend to know we wanted to be together.

Two months, and many, many hours on the phone later, I moved out to where he lived. We were engaged in another month and married in six more.  My kallah teacher was a wonderful Rebbetzin who spoke to me with care. She explained all the concepts to me in a way that I understood how special a gift it was to have periods, especially ones that came like clockwork. She explained how she was surprised that someone with my upbringing took this part of herself so seriously. She had assumed that those who aren’t religious simply didn’t pay attention, and/or didn’t care. Or they found it a nuisance. I remember joking and telling her I’d always been the odd man out. As a young teen, I always appreciated that I got my period each month.

I have rheumatoid arthritis,(RA) I’ve had it since I was nine years old. Appreciating the parts that work as they should is something I’ve always known to do. But once a month, every twenty-seven days like clockwork, my body reminded me I was a woman. I never took that for granted. After each pregnancy came the post-partum time when I waited for my period to come back. That one thing that told me that my body was back into the swing of things. Shortly after that I would also receive a lovely flare up of my RA, a second signal that my body was back to its original form.

We began our family right away. Our first child was born in 1989. In 1998 I became pregnant for the sixth time. From the beginning this pregnancy was different. I was sick with morning sickness for almost five months. I was more fatigued than usual. The aches and pains of my joints didn’t disappear, as they had for all the other children. But no one could have anticipated the end result. Not even the doctors.

At thirty-nine weeks, I was induced, because I was not functioning. I could not pick up my kids, could not drive a car. My doctor told me afterwards that this had nothing to do with the outcome. It simply is that the body handles each pregnancy as differently as the child it nurtures is.

Friday morning we went in to the hospital for a routine inducement. For the most part everything was going well, then as things were getting closer to the end. I passed out. The last thing I saw was my husband putting his hand to his mouth in fear. I heard them talking, ‘lift her legs’, ‘get the IV in’, ‘feet above her head’, ‘monitor the baby’. I heard many voices but I couldn’t get up yet. Something kept my eyes closed.

I woke groggily, the doctor asked me if I thought I could push. I did my best, but it was harder than usual. As expected. Finally, I found the strength to push the baby. Three pushes and there my daughter was. They rushed to check on her and cleaned me up as well.

When the dust settled, it was me, my husband and one nurse in the room. I told my husband to get the other kids, so they could meet their sister before shabbat. Reluctantly he left. I asked the nurse to stay because I wasn’t feeling well yet. She told me she could do her paperwork from there. What seemed like minutes later, I turned to her and said, “I don’t feel…”, and I passed out again.

Next thing I knew was that  there was this item that felt like a hot brick moving around on my stomach. The doctor and the technician had very worried faces. They disconnected the ultrasound and rushed me to surgery. My uterus had burst. I was later told we were lucky the baby didn’t try going out that hole.

I woke up in the ICU with my husband by my side. The hospital had called him, he called someone to watch the kids and ran over to me. He stayed with me in the hospital. A first for us. He had never done that with any other child. I was in the hospital for a whole week. Then, I came home with a baby but without my uterus.

A few people were told what had happened. I stopped telling people when they started making what I considered stupid comments. ‘I’d give anything not to have my period again’, ‘wow, you never have to go to the mikveh again, lucky you’, I remained quiet.

The rav we consulted told me I had to go one more time, that was it. I was done. The thing that kept me normal, the part of me that had worked so well, no longer existed. Poof, just like that. Gone. That last mikveh experience was very emotional to me. How could this be done? How could I, at the age of 33, be finished going to the mikveh? One woman asked me why I was so upset over something as little as a period, all it does is put us in niddah. I asked if she’d like her little toe to be chopped off. She was stunned! I asked, “Why not, it’s such a little thing!” Maybe I wasn’t nice, but her insensitivity caught me off guard. The gift that I appreciated all this time, that grounded me, was now non-existent. Once a month, I had found time to do for myself. I found time to meditate while preparing in the bath. It was always a recharge to me, now I was at a loss. Menopausal women know it’s coming. They have time to mentally prepare.

Watching my grown children get married and learn about going to the mikveh and all it entails, makes me smile. Every successful birth is a renewed gift. Although, twenty-three years later, there are still times I feel the loss. Going to the mikveh always reminded me that we started off in water and we, as women, get the chance to go back into G-d’s water, fully exposed, and say thank you for the gift of life.

About the Author: Alecia Hirsch

Alecia grew up in St Louis, Missouri, in the USA, and moved to New Jersey, after getting married at 21, then to Jerusalem in 2021. She is currently the owner of, and writer for Thedailyreader.online; but her primary job is her children and grandchildren.