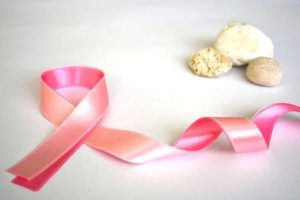 This blog was published February 3, 2020 on the Times of Israel

Jews recite “Hatov VeHaMetiv” a blessing to express gratitude upon hearing news that is good for oneself and others (Shulchan Aruch Orach Haim 222:1). As the witness to a revolution in the treatment of a devastating disease, I share, with gratitude, the history of this exciting advance.

March 1990- I am a medical student on rotation in radiation oncology. We offer palliative treatment to a 35-year old woman with bone metastasis from breast cancer. She reports that her sister, mother, and aunt died of breast cancer by age 40.  She hopes to reach that age. She is puzzled by the cluster of family members with breast cancer and her large number of Ashkenazi friends with the diagnosis.

1995- King discovers BRCA2. Although hereditary breast cancer accounts for less than 10% of all breast cancer, the vast majority of inherited breast cancers are due to mutations in BRCA 1 and 2, which approximately 1 in 40 Ashkenazi women carry, a rate ten times higher than the general population. BRCA mutations associated with a risk of breast cancer can reach 70%, with a 50% risk of ovarian cancer.  In 2014, King reflected on the significance of this discovery, “I honestly didn’t appreciate how important and directly useful the inherited component would be. The idea that oncologists and medical geneticists would take that information and systematically be able to put into place screening programs that enable women to learn that they had mutations, and do something about it to save their lives, wasn’t the way I thought.”

1996- BRCA testing is offered to those with a strong family history of breast and ovarian cancer. It costs $4,000 and is not necessarily covered by insurance. Experts question its utility, as there is no effective treatment to prevent cancer in those who test positive.

May 1997- In my third year of residency, I attend the Harvard School of Public Health. My mentor publishes a groundbreaking study, using computer modeling to conclude that prophylactic surgery can substantially improve survival for BRCA carriers who have not been diagnosed with cancer. I wonder whether any woman would choose to undergo surgery to reduce the risk of cancer.

November 2005- At Tel Aviv-Sourasky Medical Center, I see young Ashkenazi women with no family history who are offered BRCA testing after their diagnosis and test positive. “Had I known that I carried the mutation, I might have had surgery to prevent cancer and avoided this whole mess,” one announces in frustration.

May 2013-  In an op-ed in The New York Times, Angelina Jolie announces that she carries the mutation and has undergone prophylactic removal of her breasts to prevent breast cancer.

May 2014- A landmark study confirms that women who carry the BRCA mutation and undergo risk-reducing surgery to remove their ovaries live substantially longer than those who opt for surveillance. BRCA testing can now empower women to take steps to reduce their chances of developing cancer by initiating intensive surveillance for early detection of cancer or undergoing risk-reducing surgery to reduce their chances of dying. Doctors begin offering BRCA testing to unaffected women and it becomes more affordable.

September 2014- Israeli researchers report that when BRCA testing is limited to Ashkenazi women with a family history of breast or ovarian cancer, it fails to identify half of those who carry the mutation.  Professor Ephrat Levy-Lahad’s team recommends BRCA testing for all Ashkenazi women in Israel, beginning at age 30. Canadian and British researchers confirm these results.  The Israel Health Ministry reports that 50,000 women in Israel carry the gene, but that only 5,000 have been diagnosed. Relying on family histories fails to identify those who should undergo testing due to lack of awareness that the gene can be inherited from a father, inaccuracies in family history, family lost to the Holocaust, and the unwillingness of family members to disclose information. King recommends that, “we move beyond testing only women in severely affected families to testing women regardless of family history of breast or ovarian cancer.  To identify a woman as a carrier only after she develops cancer is a failure of cancer prevention.”

March 2015- Angelina Jolie publishes a second New York Times op-ed stating that she has had her ovaries removed, to prevent ovarian cancer.  Time Magazine describes “The Angelina Jolie Effect,” a near doubling of the number of women seeking BRCA testing and prophylactic surgery.  Studies show that effect is long lasting and global.  Women are now choosing surgery in order to reduce their risks of cancer.

November 2018-  As a Morah L’Halakha, I realize that rabbinic approval is critical if the religious community is to accept BRCA testing.  Although Rabbi Moshe Feinstein strongly recommended genetic testing for Tay Sachs (Iggerot Moshe Even Ha’ezer 4:10), his son-in-law, Rabbi Moses Tendler, has opposed BRCA testing, calling it the tyranny of knowledge, because a positive test result causes mental anguish and potential discrimination in shidduchim without an effective method to reduce anxiety. Few other poskim have weighed in on the matter.

December 2018-  I begin lengthy discussions with several modern poskim about this issue. Rav Professor Avraham Steinberg concludes that all women with a family history of breast cancer must undergo testing and recommends that Ashkenazi women without a family history of breast cancer do so as well. Rav Yuval Cherlow tells me, “If an Ashkenazi woman asked me whether she should undergo BRCA testing, I would tell her absolutely. I would tell her to run. If testing were only being done on Shabbat, she may undergo testing on Shabbat.”  Rav Shlomo Aviner publicly states that “it is a mitzvah incumbent upon every Ashkenazi woman to undergo BRCA testing.” Nervously, I send Rabbi Tendler a summary of the current scientific data. To my surprise, he declares, “I am in full support of BRCA testing for all Jewish women, not just Ashkenazi women. I believe that today it is a Biblical obligation. It is an absolute halachic requirement to do the testing since we have the means to respond to a positive test. It’s not just finding out and not being able to do anything about it.” The obligation to undergo BRCA testing is so strong that Rabbi Tendler believes there is no situation in which one is permitted to refuse BRCA testing.

July 2019- Professor Efrat Levy-Lahad confirms that if BRCA carriers who have opted for surveillance develop cancer, it requires less-extensive surgery, radiation, and chemotherapy, and that they have better survival rates than do women who are diagnosed as carriers after a cancer diagnosis. These results provide an additional argument for testing, as the identification of carriers allows those who test positive to initiate surveillance, which leads to early detection, less toxic treatment, and better outcomes.

August 2019- The US Preventative Task Force recommends testing based on ancestry, suggesting that all Ashkenazi women undergo testing, regardless of family history.

Friday January 17, 2020- In a landmark decision, the Israel Ministry of Health announces that it will include BRCA testing for Ashkenazi women in the basket of health services, giving thousands of women who might not even have considered testing, the opportunity to make informed decisions about their health and their future. A leading cancer physician from the United States reminds me with tears in his eyes that by facilitating  BRCA testing, “You will save more lives preventing cancer than I can ever save,  using all of the treatments we have once cancer is diagnosed.”

I have witnessed a revolution, from the sequencing of a harmful mutation to the development of tests to diagnose it and medical interventions to mitigate its effects, to the endorsement of rabbis and the approval of the government for women to undergo testing and act on the results. Not even Mary Claire King could have imagined this.  For an achievement of this magnitude, we can, together, recite “HaTov VeHaMetiv.”

Listen to an interview with Dr. Galper Grossman discussing BRCA testing, for whom it’s relevant and why, on Eden’s Wisdom and Wellness Parsha Podcast with R’ Shani Taragin. Click here to listen.