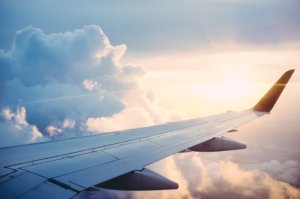 Tamar and Avi are an American couple in their late thirties who made aliya to Israel two years ago with their four children.  They presented to couple therapy in distress. They reported that they argued frequently about their children, their in-laws, household tasks and money. Tamar said she felt that Avi took her for granted and had no idea what her life was like.  Avi complained, “We hardly ever have sex.”

After a meaningful introductory session, where each partner felt heard and validated, I invited the couple to return at the same time weekly to begin therapy. Before we would begin joint therapy, I explained that I first wanted each partner to come alone for one session, in order to get to know each of them better.

“That’s going to be a problem for me,” said Avi. “I am flying to the US and won’t be here for the next two weeks.” I then offered to see Tamar alone the following week, and A

vi in three weeks, when he would be back. “We can begin the weekly appointments after that.” “Yes, but then I will be gone again. You see,” Avi explained,” “I work in America two weeks out of every month.”

Tamar looked at me and remarked dryly, “Welcome to my world.”

Tamar and Avi managed to keep up with the sessions despite the lack of continuity. They were a normative couple that had been together since high school. They really did love one another, knew how to have fun together and shared the same values. However, their challenges in creating marital harmony and satisfaction were related to poor communication skills and a tendency to blame and criticize one another. Furthermore, they were experiencing a great deal of stress attempting to adjust to aliyah, and Avi’s travel schedule was a great source of contention. Tamar was simply not on board with it.

Tamar and Avi’s challenges are fairly common to commuter marriages.

Avi reported feeling a sense of “splitting”  and living two lives.” When in the US, he stayed with his parents in his childhood bedroom, which felt regressive to him. His mother happily cooked for him and did his laundry, but his parents also freely offered unwanted advice.  He felt released from the responsibilities of home, wife and family, but was overburdened by long and difficult shifts as an emergency room physician. He worked very hard, but felt that Tamar was not empathic or supportive and her comments about him “just getting to leave” were hurtful.  After all, he was working to support the family, not to have a vacation for half of the month. When he returned home, he often felt as though he were entering his “other life”, and it took him time to re-orient himself. He felt that he lacked authority with the children and sensed that Tamar expected him to forfeit his rights to an opinion about issues having to do with their education and other aspects of their development. Furthermore, while away, he missed Tamar and came home feeling anxious to reconnect alone with her and engage with her sexually. In fact, he had coordinated his schedule such that his time away would coincide with Tamar’s Niddah period, and his return would coincide with her available times. But more often than not, when he came back she was so angry, high-strung and exhausted, that sex wasn’t on