What do I feel at the Mikveh?

What do I feel at the Mikveh? 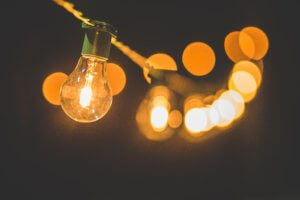 Twenty-six years ago, before I got married, I learned the laws of taharat hamishpacha, as well as a deeper approach to these laws with a wonderful kallah teacher. Just before my first immersion, the night before my wedding, she told me: “Some women feel that tevilah, immersion, is an intensely spiritual experience; others don’t feel anything. Whatever you feel, remember that your feelings are right for you.”

I was sure that I’d feel intensely spiritual after my tevilah. After all, I’m an intensely emotional person and I like to think that I’m somewhat spiritual. But I didn’t feel anything different. Thank goodness, I also have a measure of logic somewhere inside me, so I remembered my kallah teacher’s words and tried not to be too bothered by the fact that I didn’t feel immersion had turned me into a holy rebbetzin. I was happy to feel the thrill of knowing that I’d done Hashem’s will. Knowing that I’d joined the ranks of the thousands and thousands of Jewish women who were part of the fulcrum of Jewish continuity. Knowing that I’d done my part to prepare my body and soul for the task of bringing another Jewish baby into the world; the rest was up to Hashem. There was another niggling feeling, wriggling in the deepest part of my heart, but I didn’t pay too much attention to it.

Over the next twenty-six years there were times that I danced to the mikveh excited to return to my husband. Times that I didn’t want to go because we’d had a fight. Times I didn’t want to go because immersion day coincided with my weekly gym class. But I went anyway because I felt so strongly that I wanted to do Hashem’s will. Always, there was this niggling feeling that I couldn’t define and I that I chose to deal with by ignoring.

And then, I interviewed Dr. Naomi Marmon Grumet, founder of the Eden Center about her newest project: raising the mikveh attendant’s awareness of possible skin cancer issues. Of course, we spoke about the mikveh experience in general. “The mikveh provides women with a sense of connection to Jewish continuity. It’s a time for introspection and spiritual intimacy,” she said. I knew that.

“It’s a chance for a woman to reflect on herself, her marriage and her connection to God. The more she’s “there,” the more she can enjoy and personalize her immersion,” Dr. Grumet said. I knew that too.

But then Dr. Grumet said something else. Something that I did and didn’t know. Something that explained that niggling feeling that I felt every time I immersed. “Many women experience feelings of vulnerability when faced with the mikveh experience and that is completely expected,” she said.

Feelings of vulnerability. The words sank into my mind. Into my heart. Into that deep place where the niggling feeling that I always ignored hid.

Wow…that’s me! Hoping and unsure.

“She is confronted with her body and who she is physically.”

Wow…that’s me! When did this start to sag and that start to wrinkle?

“She is standing naked before a stranger who is clothed.”

“She’s probably leading a hectic life and has trouble savoring the relaxation that mikveh offers.”

“Finally, she’s aware of the spiritually inherent in the moment, but may have trouble tapping into it.”

Hmm. My editor hadn’t warned me that Dr. Marmon Grumet was a mind reader.

Vulnerable. There it was…that word again. You know that aha feeling that you get when someone tells you something that you know, but don’t know? That was how I felt. Aha!

Vulnerable…that was the word for the feeling that had always niggled me. The feeling that I could never name because I had never made the effort, had never found the time or the will to delve into myself.

Vulnerable. Like magic fairy dust, as soon as I’d labeled the feeling, put a name to it…poof…it melted into nothing. The next time that I immersed, it was without that niggling feeling wiggling in my heart. I stood at the edge of the water, unsure of whether I wanted another child or not, in skin that had changed over the years, naked in front of someone clothed, wondering if I had maximized the time to relax, longing to savor the spirituality in the moment, I was totally comfortable with the mixture of feelings.