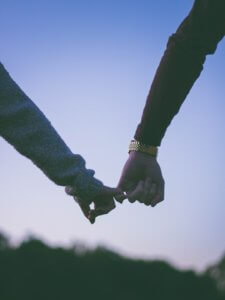 It was time to call in the big guns- we got in touch with a gynecologist and scheduled an appointment. He offered me two options- cutting off the tissue right there in his office or scheduling a surgery of sorts in a couple of days where he would be able to use numbing cream. After a few minutes of deliberation and some panicking, I opted to remove the extraneous tissue in his office. I survived the “operation” but the real bad news came when we sat and discussed my next steps. He informed me that he would not be breaking my hymen. In his opinion, if it can be broken naturally, which was now possible due to the removed band of tissue, then let it be natural. After a week of hyping myself up, I was devastated. And scared. I was ready for all of the good things that come with a pre-broken hymen- no niddah, less painful sex, and probably the biggest factor- peace of mind. I had to quickly